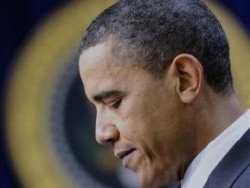 An independent study released by two prominent scholars found that number of news stories with “job killer” allegations have increased by 1,156% between the first three years of the George W. Bush administration and the first three years of the Obama administration. The study, “Job Killers” in the News: Allegations Without Verification, by Professors Peter Dreier of Occidental College and Christopher R. Martin of the University of Northern Iowa, revealed that the “job killer” allegations came most often from Republican and business group sources, and were targeted at policies to safeguard consumers, protect the environment, raise wages, expand health insurance coverage, increase taxes on the wealthy, and make workplaces safer.

Since the beginning of this presidential campaign season, there have been a number of stories challenging Mitt Romney’s claims about the number of jobs he created while at private equity firm Bain Capital. Criticisms started by rival Republican candidates are now being echoed by Obama campaign. These accusations — which deserve scrutiny by journalists, like any accusations — run counter to major thrust of “job killer” allegations of the past 28 years. Our study demonstrates that the vast majority of “job killer” allegations from 1984 to 2011 have not been about corporate layoffs, but instead have targeted government policies and Democratic proposals and emerged from business and Republican sources.

Most significant is the study’s findings that in 91.6% of the stories alleging that a government policy was a “job killer,” the news media failed to cite any evidence for this claim.

“By failing to seek to verify allegations made about government policies and proposals, the news media typically act more like a transmission belt for business, Republican, and conservative sources than an objective seeker of truth when it comes to the term ‘job killer’,” Dreier and Martin reported.

The comprehensive study analyzes all stories in which the phrase “job killer” appeared from 1984 to 2011 in four major news organizations — the Associated Press, New York Times, the Wall Street Journal, and the Washington Post. A total of 381 stories written contained the phrase “job killer” and its variations. The Associated Press news service had 115 stories, the New York Times 55 stories, the Wall Street Journal 151 stories, and the Washington Post 60 stories. These four influential media outlets set the tone for the rest of the news media, influencing what appears on TV news, radio talk shows, and the political blogosphere.

The study’s key findings include the following:

§ The Wall Street Journal was the most likely of the four news organizations to deploy “job killer” as conventional wisdom, with no attribution. The Wall Street Journal generated sourceless “job killer” allegations in 45 stories (about 30% of its 151 total stories), the New York Times did so in 8 stories (14.5% of its 55 stories), the Washington Post 5 times (about 8% of its 60 stories), and the AP in 5 stories (about 4% of its 115 stories).

§ Most of the stories with the phrase “job killer” focused on federal (65%) or state government (12%) policies to regulate business, including environmental, tax, labor, and consumer protection measures. During the 28-year period, the top-ranked issues portrayed as “job killers” are 1) the environment, including climate change, 2) tax policy, 3) health care reform, and 4) wage laws (typically laws to raise the minimum wage).

§ There is no correlation between the frequency of the phrase “job killer” and unemployment rate. Instead, ”job killer” allegations correspond much more closely with political cycles.

§ The “job killer” allegations can have a significant ripple effect across the news media. For example, the Associated Press news feeds serve 1,700 newspapers and 5,000 television and radio news organizations in the U.S., and more internationally. A single allegation of “job killer” from a significant news source can snowball into thousands of results in a Google search. One 2010 AP story in which Republicans “slammed” a bill as a “job killer,” yielded at least 12,800 web publications.

The full study is available at www.uni.edu/martinc/jobkiller.html. Funding for the data collection portion of this study came from the Public Welfare Foundation and the Ford Foundation.

Peter Dreier, Ph.D., is the E.P. Clapp Distinguished Professor of Politics, and chair of the Urban & Environmental Policy Department, at Occidental College in Los Angeles. He is coauthor of several books on urban policy and politics, including Place Matters: Metropolitics for the 21st Century (University Press of Kansas), Regions That Work: How Cities and Suburbs Can Grow Together (University of Minnesota Press), and The Next Los Angeles: The Struggle for a Livable City (University of California Press). Christopher Martin, Ph.D., is Professor and Interim Head in Communication Studies the University of Northern Iowa in Cedar Falls, Iowa. He is co-author of Media and Culture: An Introduction to Mass Communication (Bedford/St. Martin’s), and author of Framed! Labor and the Corporate Media (Cornell University Press).