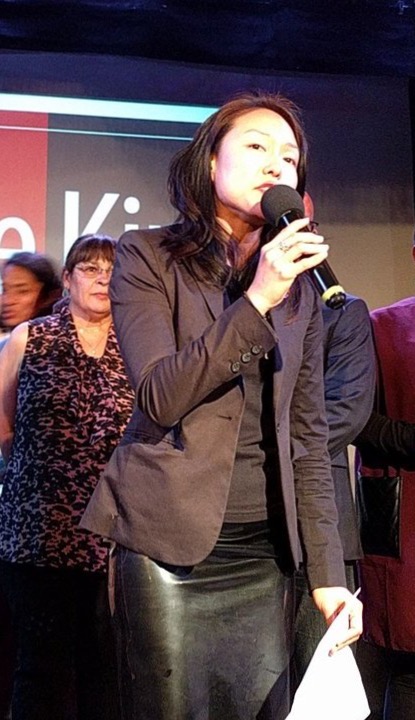 Here’s why Kim’s performance was so stunning.

A week before the June 7 election I began asking political consultants and insiders how they thought Jane Kim would do. None saw her coming within 10%, and the general feeling was that the race was over and Wiener would  win easily in November.

Because these views were so at odds with my own, I began thinking I may have missed something. I still predicted on June 6 that Kim would finish “a close enough second to give her a viable chance in November,” but did not suspect she would nearly win  in a low June turnout election. Had I known that Bernie Sanders, Kim’s presidential choice, would lose big to Hillary Clinton in the city, I would have given her even less chance of a close second place finish.

But as I wrote last October, “Jane Kim is one of the most charismatic political campaigners in recent San Francisco history.” Kim’s devoted volunteer and voter base propelled her to come closer to Wiener than anyone anticipated.   And while Kim and her supporters deserve most of the credit, her campaign manager Erik Jaye also deserves his own shout out. Jaye believed that Kim could succeed by running a staunchly progressive campaign, challenging the views of people (like myself) who thought she needed to more aggressively court moderates to win.

Kim has surprised the establishment before. In 2010, she was opposed by the entire Democratic Party machine. In that campaign the Tenderloin neighborhood  gave Kim her biggest victory margin, launching her career as   Supervisor. From 1907 into the 1950’s the Tenderloin was San Francisco’s most politically powerful neighborhood, and Kim’s success offers a bridge to this past.

As we look to the Kim-Wiener rematch in November, three lessons from June stand out.

First, progressive voter turnout will be much higher in November. The Sanders supporters who recently discovered Kim will return to the polls in the fall and they will be joined by the thousands of  tenants who only vote in November state and national elections. The new voters will disproportionately favor Kim.

Wiener will benefit from most of the roughly 9% of votes that went on June 7 to the Republican candidate. But otherwise, Wiener’s campaign team faces a strategic challenge of finding new voters to match those being added by Kim. That will not be easy, given that Wiener’s base is primarily regular voters who cast ballots in June.

Wiener ran a very strong June campaign. So he will either have to find a way to expand his base beyond the additional Republican votes or cut into Kim’s support through negative campaigning.  In either event, the larger November electorate does not favor Wiener.

The second lesson is that major endorsements do not appear to  matter in prominent races. Wiener and the East Bay’s Sandre Swanson both got the top endorsements in their Senate campaigns, and either barely won or lost. And now both face women candidates with Hillary Clinton topping the Democratic ticket in November.

Third, money is not decisive. Kim was outspent 3-1 by Wiener but cleverly used cheap online ads (like her martial arts performance) that went viral. Candidates for State Senate need a threshold amount of money to win, and Kim met that test.

I told the RFK Democratic Club forum last week that we would learn a lot about San Francisco politics from the Kim-Wiener June results. We certainly have.

Even before the polls closed we got a sign of shifting positions on key land use issues. Earlier that day the Board of Supervisors voted 10-0 for a Peskin-Campos sponsored measure to require that hosts like Airbnb only advertise units that have legally registered.  A year ago a similar measure was defeated at the Board and now it passed unanimously. Why?

First, the short-term rental industry has failed to adequately regulate itself. As a result, whether this particular legislation was the best approach was less important then it’s enabling supervisors to show constituents they were doing something about the problem.

Second, the only pressure on the Board on almost every issue is coming from progressive interests. This has meant that London Breed has become almost as consistent a progressive vote as Peskin, as her only campaign opposition is from tenant activist Dean Preston.

Progressive positions so dominate the city’s political landscape that even the so-called “moderate” supervisor candidates Josh Arce (D9) and Ahsha Safai (D11) are “progressive” under any accurate definition of the term. And keep in mind that Prop C, trumpeted by Peskin and Kim as the heart of the progressive affordable housing agenda, was also backed by Mayor Lee. The differences on housing policy between Lee and the Board’s progressives is remarkably slight, reflecting a mayor who has provided more affordable housing and eviction defense funding than any of his predecessors.

The point is that even before the June 7 election results brought Kim’s success and victory for the progressive “Reform” DCCC slate, the times were changing in San Francisco.  Voters frustrated by high housing costs are demanding creative solutions, and a people feeling a crisis do not call for “moderate” solutions.

Jane Kim’s June race produced the strongest citywide results for a clearly progressive candidate since Matt Gonzalez’s mayoral runoff in 2003. Since 2011 thousands of articles, tweets, Facebook postings, documentaries and conferences have declared that the “soul” of San Francisco has been destroyed by a tech “takeover.”

I constantly challenged this analysis. I wrote in October 2013 that “I am hard pressed to think of any issue area where tech workers, and the fictional “tech culture” is overriding progressive San Francisco values.” I saw San Francisco progressive politics as having a bright future, and maintained that a progressive revival could still occur.

Aaron Peskin’s special election win began this revival, and the June elections and political trends in the city have reaffirmed it. Prior reports of the death of San Francisco’s progressive values were greatly exaggerated, and ignored the ebb and flow of the city’s history.

After Aaron Peskin took office last December I described he and Jane Kim as the “Splash Brothers” of San Francisco politics. Whether you agree with them or not, they have played leading roles in restoring confidence and vitality to the city’s progressive movement.