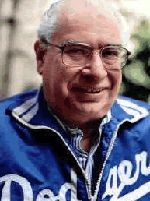 Jack Newfield’s name is probably unknown to most of our readers, but his death this week should encourage people to go to the library to look at his books.

Best known for his long tenure at the Village Voice during the 1960’s and 70’s, Newfield was among the best chroniclers of urban America during these critical years. No journalist better captured the idealism and disappointments of that era.

Newfield is best known for his critiques of New York City government and for his close relationship with Robert F. Kennedy. He wrote books on both topics, and his City for Sale: Ed Koch and the Betrayal of New York (1988) is the definitive account of the massive gentrification of New York City during the 1980’s.

But of broader interest than the depressing story of New York City’s Koch-inspired real estate grab is Newfield’s writing about events of the 1960’s. His memoir, Somebody’s Gotta Tell it, includes first-hand, contemporaneous accounts of the civil rights movement and racial struggles both in the South and as they played out in the politics of New York City. Few if any journalists wrote better, or more convincingly, about these issues.

My favorite Newfield book is out of print but is often available in libraries. The book includes dozens of his best columns from the 1960’s and 70’s, giving a contemporaneous perspective that has not been matched. Newfield saw how the Nixon Administration was dismantling the War on Poverty, and correctly predicted how reduced funding would cause rifts among former allies to break out along racial lines.

Newfield saw Robert Kennedy as the rare politician capable of uniting the white working-class, young people, and racial minorities. Kennedy’s assassination destroyed this potential unity, and ushered in a racial division among the working class that has helped Republicans keep control of the White House for most of post-1968 America.

Newfield was raised in the working-class and a blue-collar sensibility dominated his reporting. He was both a throwback to the hard nose muckraking of the past and a perceptive critic of contemporary politics.

His loss will be felt.