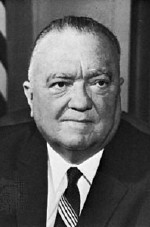 For some in my generation, the mention of the FBI may still invoke pleasant images of Efrem Zimbalist, Jr., who played Bureau agent Lewis Erskine in the fictional series that ran from 1965 to 1974. For many more of us, the acronym stirs up nightmares of former director J. Edgar Hoover, who shamelessly invaded the privacy and civil rights of many well-known and respectable U.S. citizens, including civil rights leader Rev. Martin Luther King, Jr. Hoover also spied on all of the social change movements of the day, among them the Black Panthers, women’s liberation and gay liberation, even though those groups were clearly not a threat to this country.

A Freedom of Information request in the late 80s by the Philadelphia Gay News (where I worked as managing editor) netted a box of files on the City of Brotherly (and Sisterly) Love’s gay liberation efforts of the 70s. What struck me as I sifted through the thousands of sheets of paper was the extent of the spying that had gone on. It seemed out of control.

These days, modern technology allows the agency to go way beyond out of control. According to a recent report in the Washington Post, the FBI “collected more than 2,000 U.S. telephone call records between 2002 and 2006 by invoking terrorism emergencies that did not exist or simply persuading phone companies to provide records … FBI officials issued approvals after the fact to justify their actions.”

More information is expected to be released later this month in a Justice Department’s Inspector General’s report. It should provide good reading for our friends over at the ACLU.

While acknowledging a problem, FBI officials now dismiss it as a thing of the past. In 2007, the agency allegedly put new practices into place that has made the abuses go away.

FBI General Counsel Valerie Caproni admits that the FBI shredded the Electronic Communications Privacy Act when its agents made up emergencies to gather records on people in the U.S.

“We should have stopped those requests from being made that way,” Caproni says. Getting approval after the law had been broken constituted a “good-hearted but not well-thought-out” solution to ease the consciences of phone companies that turned over the records.

Phone companies should have felt uneasy. They betrayed the public trust.

I understand that there are people out there in the world who want to hurt us and need to be watched, but allowing the FBI to do what it’s done in the past 50 years — that is, spy on Americans who do nothing more than express an unpopular opinion or support an unpopular cause, is unjustifiable.

While it’s good that a report is forthcoming, my gut feeling is that it barely scratches the surface of the illegal and unethical goings-on at the Bureau.

Tommi Avicolli Mecca is co-editor of Avanti Popolo: Italians Sailing Beyond Columbus, and editor of Smash the Church, Smash the State: The Early Years of Gay Liberation, which has been nominated for an American Library Association award. His website is www.avicollimecca.com