It’s Time for SFUSD to Stop Selling Sugar to Students 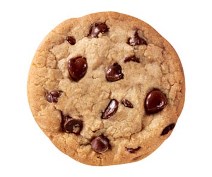 Last week’s column addressed concerns with SFUSD’s Student Nutrition Services (SNS) neglecting current operations in favor of an all consuming focus on the IDEO vision for “reimagining” school meals. But that’s not to say that SNS is doing nothing this year. Here’s a look at some of the projects SNS is working on right now.

A lunch pilot, funded by the California Endowment, has been in place since last spring at International Studies Academy, a combined middle/high school of less than 400 students. All lunches are prepared on site; the school does not receive lunches from healthy meal vendor Revolution Foods, as other district schools do. The goal is to develop a menu of choices that would appeal to older students, meet USDA regulations, be affordable within the SNS budget, and increase the number of students choosing a lunch made by SFUSD (as opposed to a Revolution Foods lunch, which costs SNS more.)

The results last year were uninspiring, with fewer students choosing the SFUSD-made lunch than had previously eaten the Revolution Foods meal, and more students choosing instead to make lunch out of cookies and sparkling fruit juice bought a la carte (apart from water and fruit, these are the only a la carte choices still left in SFUSD cafeterias.) Efforts are ongoing to craft appetizing and appealing meals, use up the USDA commodities and still keep labor within the SNS budget.

Part of IDEO’s plan relies on this model of meals for middle and high school students. Their financials are based on the assumption that SNS can use100% of their government commodities entitlement (about $850,000 worth this year). Since Revolution Foods uses few commodities in their SFUSD meals (about $135,000 worth this year), the bulk of usage will likely be in the middle and high school choice menu. Ideally, SNS will eventually find that sweet spot where lunches they can produce with labor and supplies available are meals that students want more than Rev Foods, but it isn’t there yet.

Remember those cookies and juice students were buying instead of a full meal? Much has been made (including by me) of SNS’s ground-breaking elimination of a la carte sales, and efforts to make all choices available to all students, promote equity, and eliminate stigma. So why do cafeterias still sell cookies and juice?

Here’s why. In 2003, SFUSD formed a student nutrition committee to implement a new Board of Education policy mandating the removal of junk food from schools. I was appointed to the committee and in autumn 2003 became co-chair.

Dozens of hugely popular but junky choices were purged from the a la carte line, including sodas (not yet banned in California school cafeterias), sweet iced tea, Gatorade, ice cream, snack cakes, and other kid favorites. The committee looked at the list of items removed – which was long – and at the list of what remained – essentially water and milk, no sweets at all. We considered what student reaction might be; back then, few schools anywhere were talking about student nutrition and health. We wondered if we would be forced to back down, and if sodas and Little Debbie cakes would make a triumphant return in the face of a student cafeteria boycott, parental outrage, or pressure from the junk food industry.

In the end, it was decided that fruit juice and a lowfat cookie were maybe not quite so bad; cafeterias could keep selling those, at least during a transitional period, so that students would not have to go cold turkey. We were still eliminating nearly all unhealthy choices, and felt 100% fruit juice was preferable to soda, and cookies made with pureed prunes replacing most fat were better than snack cakes full of trans fat (still legal at the time), artificial flavors and colors.

But that was 10 years ago; the transition period should have lasted a year or two, but somehow it has stretched on for a decade. UCSF’s Dr. Robert Lustig, a leading authority on pediatric endocrinology, whose YouTube video “Sugar: The Bitter Truth” has been viewed nearly 4 million times, says that 100% fruit juice is no healthier than soda, and no one ever thought that cookies were “healthy”, just “less bad” than snack cakes.

The time has come to eliminate these choices. But ironically, another small SNS pilot was done recently at Aptos Middle School (where the first cafeteria cleanout occurred in 2003) to test the popularity of several new whole wheat cookies to replace the former offering. Meanwhile, a second Aptos pilot is testing whether discontinuing the sale of cookies and juice along with meals will increase the number of students choosing the full meal.

Presumably the whole wheat cookie is considered to be “healthier” than the current version, but the truth is, a cookie is a cookie, and juice is still mostly liquid (even if naturally occurring) sugar, and students don’t need any more of either one.

Why is SNS even “piloting” the idea of eliminating cookies and juice? Pilots are done to gather data to inform future decisions, but the only information SNS is likely to gather from this pilot is whether the revenue from potentially more meal sales is enough to offset the loss of revenue from dumping cookie and juice sales.

In other words, it’s all about the money. Revenue from these sales was about $300,000 last year, about half of which was “profit” for SNS.

While I have long been a proponent of SNS making fiscally sound decisions, that ideal stops short when it comes to selling food to children that is bad for their health, and we can no longer ignore the fact that added sugar contributes to weight gain, tooth decay, and increased triglycerides.

Even if removing cookies and juice doesn’t result in more students choosing a full meal, SNS should do it anyway. Why should students be buying sugar at schools that pride themselves on the healthiness of their food offerings? Doing a “pilot” around this feels like a waste of time and energy; as one Aptos mom told me, “Just do it.”

Then there is the piloting of a “choice” menu at 6 elementary schools. Younger students are notorious picky eaters; there is no lunch that everyone likes, not even pizza, and it doesn’t work to force kids to eat something they don’t like. Better to engage them with healthy food by offering only nutritious choices and letting them pick from among those offerings.

The current elementary menu, featuring just one choice (with a vegetarian option that must be ordered in advance), means some students will always be unhappy with the daily lunch, so it’s exciting that SNS wants to pilot more choice for younger students.

Kindergarten teachers with many Asian students have told me that these little ones don’t like spaghetti and other tomato sauce-based entrees, finding them too tart. One teacher even said her students started crying whenever they learned that spaghetti was that day’s lunch. Having the choice between spaghetti with meat or without meat is probably not going to be much of a consolation to these children. Elementary students deserve a real choice of two completely different daily entrees, just like older students get.

I wrote last week about breakfast expansion grants SNS was awarded in June; like most SNS plans for this year, they have been pushed forward into the second semester. The grants will provide extended opportunities for students at three Superintendent’s Zone elementary schools, and one high school, to get breakfast even if they arrive at school too late for the regular cafeteria meal. Strategies may include extended morning cafeteria service to catch those who arrive at school just before or after the morning bell, and Grab n Go meals picked up in the cafeteria and eaten in class or on the playground during morning elementary recess.

This will be a boon to students at the three elementary schools in the pilot; Superintendent’s Zone schools bear that designation because they have been targeted as needing academic improvement, and students eating breakfast each morning has been linked with better school performance.

However, it is unclear to what extent this pilot, if successful, can be expanded to other schools. Although SNS approached 10 Superintendent’s Zone elementary and 2 K-8 schools about participating in the pilot, only 3 Principals bothered to respond to repeated overtures.

Several years ago, SNS ran a successful hot breakfast pilot in 10 schools that increased breakfast attendance by an average of 30%, but efforts to expand the pilot to more schools failed because Principals did not support it. Without the support of Principals, any pilot is bound to fail, and the fact that 9 out of 12 Zone Principals failed last year to show even the slightest interest in a breakfast expansion pilot does not bode well for this model being rolled out across all elementary schools.

It’s a mystery why SNS does minimal outreach and makes little effort to engage the community; that’s why I started writing about SFUSD school food in 2004. No one else was talking about what the problems were, nor about what progress was being made. A decade later, nothing has changed; that’s why it is disconcerting to see so much hype about the IDEO plan, which is still years away from implementation or affordability, but no talk about the current meal program. If SNS put even a fraction of that effort into community engagement around getting more kids to eat school breakfast, for example, it would yield immediate benefits for the program.

One way SNS could truly engage the community is by making more information about its program publicly available. Huge data sets were shared with IDEO staff for their project, but even members of the SF Board of Education have no access to files showing how many students at each school have not yet returned a meal application, or how many ate school lunch in October, or how much cafeteria debt each school is accumulating. SNS has this information, and members of the community interested in helping to get more students eating healthy school meals could use it to inform their efforts.

Even the percentage of students qualified for free or reduced price meals at each school is hard to find. The California Department of Education, which used to make it easy, now uses a complex system called CALPADS, with no obvious link to where that information is located (it’s here – click on the link for “2012-13 unduplicated student poverty” and scroll to SFUSD.) Why isn’t this information, or other useful data, readily available in the SNS section of the district website?

In 2011-12, one SF high school with about 900 students rang up more unpaid meal charges than the 23 lowest-charge schools (encompassing over 11,000 students) combined. Did that high school succeed in reducing the amount of unpaid cafeteria charges last year? Who knows? But, with the SNS deficit leaping from $1.9 million in 2011-12 to almost $2.5 million in 2012-13, shouldn’t that kind of information be part of the public conversation around how to reduce that deficit?

Accountability is supposed to be one of SFUSD’s self-proclaimed goals. So here’s a suggestion for SNS: stop selling cookies and juice in the cafeteria, and start publicly posting school-by-school data on meal applications collected, numbers of students identified for free/reduced meals, cafeteria debt accrued, and number of meals served. Transparency and community engagement are sweeter than cookies and juice, and healthier too.