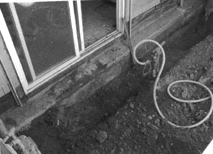 Three years ago, Housing Inspector John Kerley uncovered serious housing and health code violations at over 600 Section 8 units in the Bayview district owned by AIMCO, the nation’s largest owner of subsidized housing. When AIMCO refused to abate the violations, the Department of Building Inspection (DBI) spent over $1,000,000 to obtain compliance. This is likely more than any building department in the nation has committed for a code enforcement lawsuit on behalf of low-income tenants. On Monday, it was announced that DBI had prevailed in its David vs.Goliath battle. The San Francisco Chronicle ran a story on the settlement yesterday, and quoted the City Attorney and the Mayor. But the paper gave the DBI no credit, even though it funded the litigation and made the entire case possible.

Since its creation in 1995, the DBI’s aggressive code enforcement has resulted in a series of large settlements and verdicts against slum landlords. But when Housing Inspector John Kerley began investigating moisture problems at the AIMCO-owned properties in Bayview, neither he nor the DBI could have predicted the political and legal obstacles they would encounter.

Starting in July 2001,Kerley issued 23 Notices of Violation to the owners, most related to a moisture retention problem that was causing widespread mold and mildew. Some of the children had asthma, and Kerley was concerned that if prompt action were not taken, serious health consequences would ensue.

After issuing the notices of violation, Kerley’s concern grew when the landlord, AIMCO, made no effort to abate the problems. Kerley and Chief Housing Inspector Rosemary Bosque met with representatives of the company on September 27, 2001, October 12, 2001, and December 4, 2001 to work out a compliance schedule, but the landlord still refused to comply with any of the 23 outstanding notices.

Bosque and Kerley then proceeded to painstakingly put together the documentation to refer the case to the city attorney’s office for prosecution. The case was filed on January 30, 2002.

After the City Attorney filed the suit, AIMCO made it clear that they would spend whatever it took to defeat the lawsuit. Whereas nearly all San Francisco landlords sued by the City retain inexpensive local counsel, AIMCO retained Bingham McCutchen, one of the largest law firms in the world.

According to its website, Bingham McCutchen is “the law firm that creditors turn to first,” and is known for being “somewhat impatient and assertive to get a result.” AIMCO’s retention of the firm was designed to send a message to the DBI that it better back off or risk spending a fortune litigating this action.
In 99.9% of the cases, Building Departments would quickly look to settle the case. But unfortunately for AIMCO, San Francisco’s DBI was the rare exception.

The city’s Building Inspection Commission committed the agency to spend millions, if necessary, to litigate the case. Commissioner Roy Guinnane, the body’s most fiscally conservative member, was adamant that AIMCO not be able to use its vast wealth to deny healthy living conditions for the Bayview’s low-income tenants.

With DBI not backing down, AIMCO tried to raise the stakes in two ways.

First, AIMCO sued Kerley, Bosque, and DBI Director Frank Chiu on the grounds that the three were engaged in a conspiracy to pressure the landlord to sell the properties to a nonprofit organization. The Cross-Complaint filed against the individuals ran 81 pages and had an equal number of pages for exhibits.

Second, AIMCO hired the politically-connected law firm of Reuben & Alter to work with Mayor Brown to get the case dismissed. But Guinnane convinced the Mayor of the importance of pursuing the case.

The case was heavily litigated, with the defendant doing everything possible to intimidate and harass housing inspector Kerley. AIMCO, like many Section 8 landlords, is accustomed to getting its own way; the company could not understand why a housing inspector and an agency would go to such lengths to ensure decent living conditions for the very poor.

It is estimated that AIMCO easily spent over $5,000,000 defending the city’s lawsuit. When all their huffing and puffing proved inadequate, they finally agreed to do the improvements to the tenants’ apartments that Inspector Kerley had cited them for three years ago.

The settlement will bring the City between $3-3.5 million, with AIMCO further agreeing to invest as much as $30 million in renovating the housing complex. Suzanne Herel of the San Francisco Chronicle reported on the settlement (“Developer to Invest Millions in Bayview Under Deal with the City,”) but gave no credit at all to Kerley, Bosque or the DBI for the work that made the outcome possible.

This is par for the course. The Chronicle has consistently ignored the DBI’s central role in the city’s recovery of millions of dollars against slum landlords. One is hard-pressed to recall a single Chronicle story that explained that Dennis Herrera’s high-profile press announcements about code enforcement victories are only made possible because of the behind the scenes work and strong committment of the DBI.

At Monday’s press conference announcing the lawsuit settlement, Mayor Newsom spoke of a tour of the AIMCO projects that he claimed to have taken early in his tenure as supervisor. Newsom stated that “there were bathroom conditions I could never imagine. At the time, we kind of felt hopeless.”

But Gavin Newsom never lifted a finger to help those AIMCO tenants after his tour. Instead, they only found relief when the DBI-the agency the Mayor claims he is in a “life and death struggle” to reform-put millions of dollars on the line to fight for the health of low-income seniors and African-American kids.

Mayor Newsom stated last week that the DBI serves “special interests” rather than the public interest. Are the seniors and low-income families living in the AIMCO buildings a “special interest”?