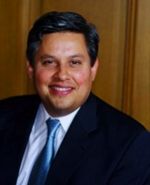 The Land Use Committee voted yesterday in favor of legislation requiring diaper changing stations be present in all new public service buildings over 5,000 square feet. The legislation would also require that any public service building undergoing renovations that cost at least $50,000 include a changing station if one does not already exist. The legislation was introduced by Supervisor Gerardo Sandoval, who is a parent himself. “I don’t know how many times I’ve gone to…some kind of public building and had to change my daughter’s diaper and found no sanitary place to do it,” he said. Sandoval brought a diaper changing station into the meeting in order to provide a clear idea of what was being debated: a relatively unobtrusive piece of plastic that attaches to the wall and can be opened when needed. ##M:more]##

The stations themselves cost $300 with an additional installation fee. “I think if you’re spending $50,000 or more, then spending an extra $300 would not be onerous,” said Sandoval of the cost. There was some confusion over what is and is not considered a public service building.

Supervisor Jake Mcgoldrick inquired as to whether or not a new Walgreens location would be susceptible to the requirement, to which Sandoval said the legislation would only apply to those public spaces that would have public restrooms in the first place, or, any buildings to which the public has access.

More specifically, he pointed out that the policy would not apply to private businesses, where employees were the main occupants of the building on a daily basis. Aside from having a child himself, Sandoval initiated the legislation with the hopes of making San Francisco more family friendly. He said that the city is often accused of ignoring the ‘nuts and bolts” issues that make a place comfortable for its inhabitants.

“We are paying attention to these small issues,” he said.

Kathleen Phillips, a member of the San Francisco Mom’s Club came to speak in support of the legislation.

It is such ” a big deal…to have a nice safe place that’s clean to put your child down,” she said. “[It is] just one of those little things in life that you really appreciate when you see it.”

The legislation will be up for review next Tuesday, September 20.