Is Ronen Headed for SF’s Board Presidency? 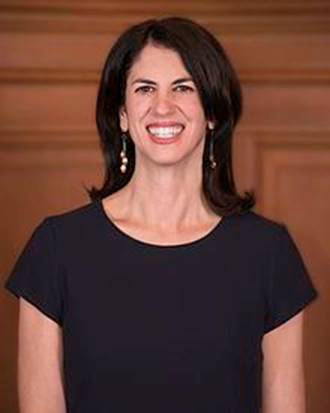 In the months leading up to the January 2019 vote for Board President D9 Supervisor Hillary Ronen openly campaigned for the position. Her supporters spoke on her behalf for nearly two hours before the Supervisors voted, and there did not seem to be another supervisor pushing for the position.

But appearances proved deceiving. As he has often done, Aaron Peskin had worked behind the scenes to secure votes for a different outcome. When the dust cleared, Norman Yee had 7 votes to Ronen’s 4. This led Walton, Haney and Mar to switch from Ronen for a final 10-1 vote electing Yee.

Ronen’s chances for the Board presidency were likely doomed by her January 2018 statement that London Breed was “controlled by rich white men.” But she has since worked with Breed on Mental Health SF and her ascension to the presidency would no longer be viewed as a direct attack on the mayor.

Will January 2021 present Ronen with a more favorable outcome? An updated look at the current supervisor races whose outcomes will decide the next Board president.

Ronen’s Path to the Presidency

Ronen starts with the four votes she had in January 2019.  Plus Dean Preston is an overwhelming favorite in his District 5 rematch against Vallie Brown. I’ve heard scenarios where Brown could win but do not believe that happens. Preston becomes the 5th vote for Ronen.

That leaves the outcome of the District 1, 7 and 11 races to decide the Board presidency.

My analysis of D1 has not much changed since I wrote about it a month ago (“Will San Francisco’s D1 Vote for Change?”). It’s still too close to call between Connie Chan and Marjan Philhour.  Chan would provide Ronen her essential 6th vote while Philhour would favor an alternative Board President.

Ronen could also get her 6th vote if Vilaska Nguyen wins in D7. Nguyen has worked hard to win voters in a district that would not seem to be progressive enough for him to win. He is frequently seen campaigning and has signs in windows throughout the district. I saw Nguyen as the weakest of the four leading candidates when I wrote about the race over a month ago but his chances have improved (“San Francisco’s D7 Has Another Tight Race”).

Mayor Breed recently made a dual endorsement of Myrna Melgar and Joel Engardio. The mayor did not make Melgar her first choice despite Melgar strongly backing Breed’s mayoral run and being a past Breed appointee. Mayoral endorsements may not even impact supervisor races but getting an equal endorsement with Melgar has to be a pleasant surprise for Engardio.

Any of the leading candidates other than Nguyen will be open to alternatives to Ronen as Board President.

Ronen also gets her 6th vote if John Avalos defeats incumbent Ahsha Safai. A lot of political insiders think this will be a very close race. They base this on Avalos’ two prior election victories (he left office due to term limits), high name recognition, and top endorsement from the San Francisco Democratic Party.

Safai is running a much stronger campaign than he ran to win the seat in 2016. He also got the sole endorsement of former D6 Supervisor Jane Kim this week, which could cut into Avalos’ support.

Avalos has also gone out of his way to alienate Aaron Peskin. As reported in the Bay Area Reporter re the SF Democratic Party endorsement meeting, “During the DCCC vote, Avalos opposed having the party endorse Peskin by simple acclimation, forcing a roll call vote, and promptly cast his vote for no endorsement in the D3 race.” Like Jane Kim, Peskin has support across the city and he has endorsed Safai.

If Safai and Philhour both win and Melgar, Engardio or Emily Murase win in D7, Ronen will remain one vote short of the six she needs. And that’s when we’ll see if  2019 is repeated and the Board elects an alternative.

Does Board Presidency Still Matter?

It used to be that the Board President solely decided the supervisor appointees to key political bodies like the Planning Commission. But under both Malia Cohen and Norman Yee that seemed to change, with appointees either coming with support of a Board majority or as part of political deals with colleagues.

The Board President was also the supervisors’ chief negotiator with the mayor, particularly on budget issues. But there did not seem to be much Board-Mayor negotiating around the recently passed budget, and that was under Norman Yee’s presidency. Ronen has been far more outspoken than Yee on behalf of housing those on the streets in hotels and then transitioning those hotel stays into permanent housing; but those positions are also supported by a solid Board majority.

So the Board Presidency likely matters most into the personal relationships among the supervisors. This often decides key committee assignments. If candidates likely backing Ronen fail to secure her the six certain votes she needs, she could still negotiate to win the sixth vote from other members.

What may work most in Ronen’s favor is the lack of a clear alternative. On the other hand, when the Board presidency meeting began in January 2019 few were aware that Norman Yee was even a candidate.