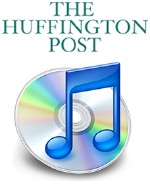 As the San Francisco Chronicle faces its last days, the question is whether any comparable news alternative for the Bay Area can emerge. Much of this centers on creating new models of economic viability for the news business. Some, including former Chronicle business columnist David Lazarus, now writing for the Los Angeles Times, believe that charging per story a la iTunes can fund a traditional daily newspaper. Another alternative is for major investors to create a Bay Area on-line newspaper that follows the lead of such (seemingly) successful financial models as the Huffington Post. It is also conceivable that a daily hard-copy newspaper could be developed that dramatically reduced the number of paid reporters while paying a premium for top-notch national, state and local news, sports, entertainment, and cultural reporters. Unless one of these new models for Bay Area news emerges, Beyond Chron and other existing resources will have to pick up the slack.

Although the viability of the economic model for the newspaper business has long been problematic, last week’s closure of the Rocky Mountain News and the Chronicle’s possible shut down has galvanized attention to the issue. A number of new ideas have emerged:

iTunes to the Rescue?

David Lazarus was once among the Chronicle’s most thought-provoking writers, and then left to carry out the same function at the LA Times. Lazarus wrote a March 1 piece that sets forth the increasingly popular view that newspapers’ must stop giving away on-line content, but should instead charge by the story.

Proponents of this view point to iTunes, which got millions of listeners to pay for music that they were previously downloading — some would say “stealing” — for free. As Lazarus puts it:

Unfortunately, as attractive as this analogy looks at first glance, there are two major differences.

First, iTunes purchasers are paying to download a song because they want to listen to it repeatedly; newspaper columns and most stories are read just once.

Second, people pay to download Beyonce, Bruce Springsteen or Kanye West because they offer distinctive sounds. But how many columnists and newspaper writers offer information not available for free elsewhere on the Internet, and have such reader loyalty that would cause people to pay?

Let’s use the example of Frank Rich, whose Sunday New York Times columns are probably the single piece of newspaper journalism that I value most each week. If I were not a subscriber to the Times, would I pay .99 cents per week — or $40 for annual subscription — for each Rich column, assuming none of its contents were available elsewhere?

I doubt it. And recall the former TIMES Select program whereby online readers could not access the paper’s columnists without paying a fee. That program failed and was abandoned.

Now suppose access to the entire New York Times news site required a $50 annual subscription. This might work for the Times, but would not work for the vast majority of less “must-read” papers.

So while there may be some new viable ways for online newspapers to charge for product, the iTunes model is not the answer.

Huffington Post required millions of dollars, but now reaches millions of readers on a budget far less than the San Francisco Chronicle and other daily papers. True, and this should not be minimized, it is heavily reliant on re-running stories from some of the same daily papers now facing extinction due to online competition.

So, yes, I get the “irony” of citing the Huff Post as a model. But, given the region’s progressive politics and large number of potential investors, isn’t this model doable in the San Francisco Bay Area?

The Huff Post is distinguished from other political sites by three factors, all of which could be replicated in a Bay Area product: its bright and large photos, its high-profile voluntary writers, and its large entertainment section. For the Bay Area, I would replace this latter factor with a similar level of sports coverage, as the region’s less connected to the movie and music business than the LA-based Post.

A new Bay Area Internet product modeled on the Huff Post could get its local stories through its own staff, and by taking pieces from Beyond Chron, sfbg.com and other on-line news sources. It could recruit great volunteer political commentators from the local area, tapping the Bay Area’s deep talent. The paper would have two paid, top-notch sportswriters that would draw readers to the site.

How is such a product economically viable? The same way the Post is doing it: through advertising. By offering a product not available elsewhere on the Internet, this new online newspaper will be attracting readers that advertisers want to reach.

It’s premature to suggest names of those who might be interested in funding the launch of such a project, but consider this: many are waiting for the Chronicle’s demise, and will see it as creating a new opportunity for a successful on-line venture along the model suggested above.

It may be possible for a daily Bay Area newspaper to achieve economic viability by continuing to create a paper product that people can hold in their hands. But it must operate very differently from the way the Chronicle and nearly all daily papers have operated.

Had I been given charge of the Chronicle in 2004 rather than launching Beyond Chron, I would have taken the following money-saving and circulation building steps:

I would have eliminated all of the paper’s longstanding Washington DC correspondents, on the grounds that nobody ever mentions their work, they mimic conventional wisdom, and they bring nothing to boost circulation or advertising. I would have replaced the whole group with a single talented reporter/analysis that Bay Area residents would go out of their way to read.

I would have provided an entertainment/cultural section that is not driven by public relations staff hawking the latest movie or music but instead focuses on the more thoughtful pieces regularly found in the New York Times and Los Angeles Times. The Chronicle has had talented cultural reporters like Steve Winn, and then not given him enough space to write; but it also has people writing for years in the pink section who should do not build circulation or advertising and should have been given the boot years ago.

I would have hired a popular progressive columnist to address local San Francisco, Oakland and Berkeley issues, and built circulation and advertising by ensuring that the paper had Latino, Asian-American, and more African-American columnists that were politically representative of their communities

I would have eliminated half the sports columnists, as their high salaries are no longer economically supportable. And sports fans can get whatever they need from the Internet or ESPN.

And I would have eliminated many of the papers editors’, who draw the highest salaries but do not produce circulation or advertising gains. The Chronicle is an extraordinarily top-heavy paper, but when layoffs and buyouts happen, it’s the reporters and production workers who bear the brunt.

Is a daily newspaper product that has many fewer writers and relies on reporter and columnist “stars” to generate readership and advertising a viable model? Had the Chronicle implemented this approach in 2004 it sure would be better off today, but such radical change is not in the paper’s nature.