Is it Time to Recall Governor Schwarzenegger? 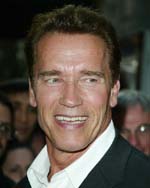 In the spring of 2003, right-wing activists seized upon California’s massive budget deficit to launch a recall campaign against Governor Gray Davis. Although Davis had faced voters and won re-election the preceding November, he was charged with making such a financial mess that a recall was essential. Arnold Schwarzenegger soon led the charge against Davis. The successful actor argued that he had what it takes to restore the state’s fiscal health, and to end the gridlock in Sacramento. But after five years in office, the Governor has broken all his promises to voters, and the state is in a much worse financial predicament than when he took office. So why are there not efforts to recall Schwarzengger? This may sound drastic, but with his “no new taxes” vow ensuring the state’s continued insolvency, we should either get rid of him or allow the destruction of the state’s schools, health care system, and California’s longtime image as the Golden State.

One of the biggest differences between conservatives and progressives in California is the willingness of the former to try to achieve goals through the ballot box that they could never gain through the legislature or through the regular election process. Proposition 13 in 1978, term limits in 1990, Prop 209 in 1996 and the recall of Governor Davis in 2003 are all examples of conservatives pursuing objectives that were originally described as crazy, but which ended up prevailing at the polls.

When an ill-conceived conservative measure loses at the polls – like the phony eminent domain initiative in 2006 – they do not give up. They come back with an even more odious Prop 98 for the June 2008 ballot, which adds the elimination of rent control and environmental depredations to the bad ideas rejected by voters in Prop 90.

Progressives, on the other hand, have never given voters the chance to meaningfully reform Prop 13. Our pollsters tell us that such a measure cannot win, so we do not even try. When we lose a ballot initiative for single-payer health care, we don’t try again –unlike conservatives, who keep throwing junk on the ballot year after year until they get lucky and prevail.

In the pre-Internet age, the right’s greater resources could explain this distinction. But Howard Dean and Barack Obama have certainly shown how progressives can win the money battle through small contributions donated on-line.

So what is holding progressives back from moving to recall a Governor who has no political support in Sacramento, and whose 2006 re-election was largely made possible by a subprime-loan generated housing bubble that has since burst?

I think there are three factors holding this off.

First, the focus on 2008 is getting a Democrat in the White House, and a November 2008 recall election of California’s Governor would be seen as a distraction. This factor, along with the state legislative races in November, makes deferring a recall move understandable.

Second, progressives support reform, but a surprising number believe strongly in working through the established rules. While the right to recall is enshrined in the California Constitution, many progressives see such a move as unfair – or in bad faith – even though conservatives have no such reservations.

Third, many progressives do not pay much attention to state budget issues, and likely see a Democratic President and Democratic-controlled Congress in 2009 as greatly helping California’s financial woes. The feeling is that Arnold will be out of office at the end of 2010 anyway, so why bother recalling him a year early.

Here’s why it still makes sense. Replacing Schwarzenegger in a spring 2009 special election would allow the 2009-10 budget to protect schools, health clinics, public transit, and other vital services. It would also allow the 2010-11 budget to include the income tax hikes and vehicular license fee increases that are necessary to keep the state operating.

California has a $16 billion deficit and a Governor that refuses to raise taxes. Allowing him to stay in power means three more years of draconian budget cuts, and/or even more mortgaging of the state’s future by funding operations through high-interest loans.

This makes no sense. Progressives are likely to be riding high in the spring of 2009, and will flock to the polls to recall the Governor. In contrast, the California Republican Party is in financial disarray, and neither its legislative members – nor many of its constituents – support Schwarzenegger.

Organized labor proved the Governor’s vulnerability in the 2005 special election, when they led the fight to defeat all of his ballot initiatives. A similar campaign could be waged in the spring of 2009 – if grassroots activists push the state’s progressive leadership hard enough.

Progressive activists have used MoveOn.org, Daily Kos and other Internet resources to greatly increase their influence in national politics. Now this resource can be used to rescue California from a Governor who is increasingly out of touch with reality.