Invoking the “Will of the Voters” – But Only If Convenient 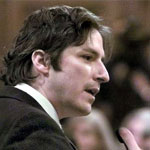 Six years ago San Francisco voters went to the polls to decide when exactly to begin closing JFK Drive in Golden Gate Park on Saturdays. Bicycle activists and environmentalists wanted closure immediately (Proposition F), while opponents urged closing JFK only after the DeYoung Museum had been rebuilt with an accompanying underground garage (Proposition G).

Bicycle activists and their allies cited the many benefits of Sunday closure in the park, which has been in place since 1967, and pointed to a growing trend around the country to close urban parks to cars. (In fact, New York City’s Republican Mayor Bloomberg just announced that, beginning in June, major stretches of Central Park in Manhattan and Prospect Park in Brooklyn will close to cars under a six-month pilot program.)

A San Francisco Chronicle story at the time by Jonathan Curiel noted that the issue wasn’t whether to close the park on Saturday, but when to begin closure (“Saturday Street Closure Pushed for Golden Gate Park”, SF Chronicle, 10/17/00). But with both sides urging a no vote on the other’s measure, each failed (although Proposition F nearly passed with 46% of the vote).

Now six years later, after construction of both the museum and garage has been completed, Saturday closure finally seems ripe for implementation. Recognizing this, last week the Board of Supervisors (under Jake McGoldrick’s leadership) passed what many believe is a modest proposal — calling for a six-month trial program testing the efficacy of Saturday closure.

But park closure opponents, including wealthy museum benefactors, refuse to acknowledge the changed circumstances. These individuals claim that Saturday closure would hurt attendance and thereby make it harder to attract major museum shows. Visitorship data that the DeYoung Museum initially refused to divulge, however, actually shows the opposite. Attendance on Sundays is highest, when JFK Drive is already closed, in effect torpedoing claims that closure would be detrimental in any way.

Our Mayor, who ironically was recently named one of the country’s “green mayors” by Vanity Fair, decided to veto the Board’s measure, even after his staff had been indicating for weeks that he would not do so. Newsom’s stated justification was that he didn’t want to disrespect the “will of the voters”. Claiming that voters had already rejected the measure, Newsom was conspicuously silent on the fact that museum advocates had previously argued in favor of Saturday closure once the underground garage was built.

So what happened? City Hall insiders noted that Newsom received many last-minute visits from museum benefactors demanding a veto. Unfortunately, our so-called “green” Mayor obliged them, aligning himself with the automobile rather than pedestrian park activities.

What is most disturbing about Newsom’s invoking of the “will of the voters” argument is that Newsom, himself, is not above conveniently ignoring the voters when it suits his political purposes.

Take for example Newsom’s recent move to circumvent some of the provisions of the 49er stadium rebuild – by trying to eliminate the much publicized shopping and entertainment mall that was promised to voters in 1997 as part of the stadium package in Propositions D and F.

The two measures, which called for $100 million in bond financing and the rezoning of over 75 acres of parkland at Candlestick Point, were replete with promises to the adjacent Bayview neighborhood. They were narrowly approved, with 50.4 percent and 50.3 percent of the vote respectively, with African-Americans coming out in strong numbers.

Now that the 49ers say it’s too costly to include the mall in their stadium plans, they want to renege on their promise. Newsom, the self-proclaimed defender of the voter, asked State Senator Carole Migden to introduce legislation, SB1842, that would allow him to seek judicial permission to ignore these promises.

What happened to the “will of the voters”? Could it be that Newsom’s financial backers want this stadium built and cannot be bothered with such technicalities?
Or consider Newsom’s move to sell the naming rights to Candlestick Park, now the unseemly “Monster Park”, despite polls indicating San Franciscans opposed such a move. Not surprisingly, voters clearly stated by approving Proposition H in March of 2004, with 55 percent of the vote, that they wanted their stadium, which was built with public monies, to be called Candlestick Park. But Newsom had already moved to sell the name before voters could officially declare their will.

A third example involves the 1999 voter approved bond measure, Proposition A, to rebuild Laguna Honda Hospital, designed to enable elderly patients to continue to receive care there and live in the community. Then-Supervisor Newsom opposed the measure, but it passed overwhelmingly, with 73 percent of the electorate in favor. As Mayor, Newsom has in effect ignored the “will of the voters” by housing a younger population of psychiatric patients at Laguna Honda despite mounting criticism and evidence that such actions have resulted in physical injuries to elderly patients and resulted in their displacement by patients the hospital was never meant to serve.

Even as it relates to Newsom’s signature act as Mayor, the much-publicized gay marriage decision, he appears to have carefully skirted the “will of the voters” argument. By a vote of over 60 percent statewide, voters declared that only marriages between a man and woman would be recognized in California when they approved Proposition 22 in March of 2000. Newsom chose to solemnize gay marriages anyway, a decision this city rightfully embraced, and I agree with. But notice, Newsom didn’t mention the will of the voters then. Why not?

What is clear is that Newsom wants to have it both ways. He wants to ignore the will of the voters when it is convenient, but he wants to invoke it when it serves his political wishes.

Matt Gonzalez is a former president of the SF Board of Supervisors. He is a partner in the progressive law firm Gonzalez & Leigh LLP.