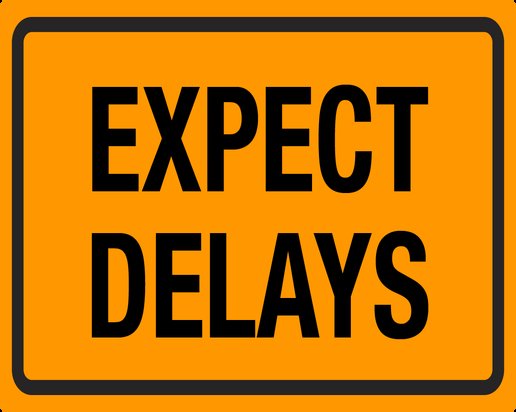 Federal regulations give teeth to federal laws. In the disability rights arena the federal regulatory system is broken.

Just how broken was made very clear earlier this month when federal agencies issued their Fall 2015 Regulatory Agendas. The Agenda is a semi-annual update to let the public know what is happening with pending regulatory activity. Federal agencies also publish a “Statement of Regulatory Priorities” with more background about their activities.

The news is bleak. Federal agencies charged with enforcing the ADA and other disability rights laws do important work to protect the rights of disabled people. But those same agencies fall woefully short when it comes to issuing federal regulations. The status of disability rights regulations boils down to a five-letter word: Delay.

Federal agencies announced delay in regulations in a wide range of areas, from accessible websites and safe sidewalks to movie theater captioning and accessible federal technology purchases. Instead of long overdue action in these critical programs, all the feds offered was delay, delay, and more delay.

Fortunately, advocates — both in and out of the federal government, industry and higher education — are not waiting for regulations to make the promise of the ADA a reality.

In 1999 a little known federal agency called the United States Access Board had a good idea. Nine years after passages of the Americans with Disabilities Act (ADA), the Board issued an official notice of its “intent to establish a Public Rights-of-Way Access Advisory Committee.” The committee’s job was to make recommendations for accessibility guidelines for public rights-of-way covered by the ADA.

Public Rights-of-Way are streets, sidewalks, pedestrian crosswalks and signals. Accessibility issues include curb cuts, barrier-free sidewalks and detectable warnings (those yellow bumpy strips that help a blind person distinguish the street from the sidewalk). Crossing signals that give audible and tactile versions of the standard “walk/don’t walk” visual signals are also part of making the public right of way accessible.

The Access Board was right to think that accessibility guidelines for these issues were needed. And they were smart to establish a panel of experts to help write those guidelines.

The committee was established and the Board issued draft guidelines in 2002 and again in 2005. It took until 2011 for the Access Board to issue a Notice of Proposed Rule Making (NPRM) – a required step before final regulations. It issued a second NPRM in February 2013. Earlier this month the Board announced that the final rule would not be issued until October 2016. And this date could be pushed again in the future.

A process that began in 1999 still awaits issuance of final rules.

Advocates are insisting on accessible public rights-of-way even without the help of Access Board regulations. The San Francisco Municipal Transportation Agency (SFMTA) has one of the most robust programs for installing accessible pedestrian signals (APS) in the country. This program is the result of community advocacy lead by the California Council of the Blind, the San Francisco LightHouse and the San Francisco Independent Living Resource Center (SFILRC).

These organizations and the City used Structured Negotiation, an alternative dispute resolution process, to negotiate a detailed agreement about APS that included details that are the subject of the Access Board’s not-yet-finalized regulations. The City announced its APS program in 2007, and expanded its program in 2010.

Good thing no one was waiting around for federal regulations.

The Access Board is also responsible for regulations under Section 508 of the Rehabilitation Act governing federal government procurement of accessible technology. Federal agency purchases are a multi-billion dollar enterprise, and the current regulations are out-of-date.

Back in July 2006 the United States Access Board started “refreshing” those regulations by establishing an advisory committee to review current regulations and propose changes. The committee issued its report in 2008.

Since establishing the advisory committee, the Board has issued two Advanced Notices and one Notice of Proposed Rule Making for the 508 update (referred to as the “508 Refresh”), most recently on February 27 of this year. But the Access Board’s Fall 2015 Regulatory Agenda predicts that the final rule will not be published until October of next year.

With more than ten years to refresh, it is clear the process is stale.

An accessible website or mobile application is one that is coded, developed and designed so that everyone can use it. Accessibility does not change the look or feel of a site, but with best practices on the back-end, people can use a website even if they cannot see a screen, hear video, or use a mouse.

The ADA was enacted before the activities of daily life moved on line and to mobile devices. But the ADA’s general non-discrimination provisions have rightfully been interpreted to require that websites and mobile applications be accessible. Without ADA web regulations, though, many site owners and app developers have failed to do the work necessary to make their websites or mobile applications available to everyone.

In 2010 the U.S. Department of Justice, the main agency charged with ADA enforcement, decided to do something about that.

That year, on the 20th anniversary of the ADA, the DOJ issued an Advanced Notice of Proposed Rule making about website accessibility.  The ANPRM heralded the Department’s desire to issue digital accessibility regulations and invited the public to comment on 19 questions about web access.

In its Spring 2015 Regulatory Agenda the DOJ said the web access NPRM for private entities (like banks, stores and private colleges) would be coming in July 2016, a full six years after the ANPRM.  But in the Fall 2015 Regulatory agenda this month, the agency switched the due date to “To Be Determined.”

The Fall 2015 Statement of Regulatory Priorities explained that “to be determined” really means that the NPRM for private sector websites serving the public is not expected until fiscal year 2018!  Eight years after the Advanced Notice — and still no guarantee that there will be regulations that year.

The anticipated deadline for public sector website regulations is currently January, 2016, though the date has been moved so many times in the past it is hard to count on it.

The Department’s inaction on regulations is ironic. The DOJ has also been a champion of web accessibility when it comes to lawsuits, settlements, and investigations. In the agency’s enforcement activities, it is requiring state and local governments, schools universities and private entities to make websites and mobile applications accessible.

The DOJ recently told a court in Boston that Harvard and MIT violated the ADA by not captioning all video content. And the agency reached a settlement with a Texas county that included detailed obligations to make sure digital content is usable by everyone.

People with disabilities and advocacy organizations are also filing (and winning) lawsuits and negotiating settlements about web and mobile accessibility. Advocates are not waiting for regulations before insisting that the protections of the ADA extend to the digital landscape.