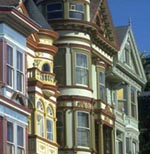 Two measures squeezed their way onto the November’s ballot yesterday, hours before the deadline for submitting them to the city. The first proposal, sponsored by tenant groups, would guarantee that victims of no-fault evictions receive adequate relocation benefits from their landlords. The second, sponsored by a broad coalition of social justice and labor groups, would mandate a certain amount of paid sick days for all workers. Both progressive measures stand a solid chance at passing, and could spark more involvement among the city’s activists in this year’s local races.

As it currently stands, evicted tenants must reside in a building for more than a year to receive relocation benefits. Except in the case of Ellis Act evictions, tenants receive $1,000 from their landlords, and senior or disabled tenants do not receive any additional amount.

The tenant relocation measure would change current law by mandating landlords provide all evicted tenants $4,500 should they be served a no-fault eviction, and seniors and disabled people will receive an additional $3,000. Beginning March 1, 2007, this amount will be increased annually, using the Consumer Pricing Index as a guide.

Relocation benefits for tenants evicted for capital improvements have not increased since 1987.

A broad coalition including Young Workers United, the Chinese Progressive Association, SEIU-Committee of Interns and Residents, Center for Young Women’s Development, and Young Community Developers announced the placing of the measure on the ballot from the steps of City Hall yesterday.