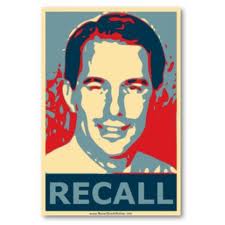 Spun by the media as a referendum on labor unions, the economy, and President Obama, Scott Walker’s victory in the June 5 recall election was all about money. Walker outspent Democrat Tom Barrett by more than a 9-1 margin ($29 million to $3 million). Outside money brought Walker’s total to over $45 million, as the Republican activist judges behind the Citizens United decision achieved their goal of unleashing unlimited campaign funds to serve right-wing goals. Exit polls showed voters preferring Obama to Romney by a 53-42% margin, and also favored Obama as better able to deal with the economy. But while Obama’s campaign sent press releases to this effect even before the race was declared, the President betrayed rank and file activists by staying on the sideline during this fight.

I never thought the recall effort could overcome Scott Walker’s huge campaign spending edge—-until I began reading exit poll results which seemed to show Barrett running far ahead of his 2010 vote totals against Walker in county after county and among key constituency groups. What I was not reading about were the also higher vote totals in Walker’s core areas.

Wisconsin was a replay of the Bush-Kerry election in Ohio of 2004. We were exulted as Kerry exceeded all turnout projections (I was in Cincinnati, which had a record Democratic turnout), not realizing that every living Republican in rural Ohio had also gone to the polls.

Progressive activists get so focused on mobilizing their base that they overlook the intensity of their opponents’ base. And Walker’s base was motivated.

For all his unpopularity, California Governor Gray Davis would not have been recalled in 2003 if a movie star did not enter the race against him. Tom Barrett is no movie star, and lacked the “above politics” identity that some voters need to vote for a recall.

Republicans and their media allies made no secret about what they thought this election was about: whether politicians in the future would have the guts to stand up to unions. President Obama preferred the election be about labor unions, as it meant he could get away with doing nothing to defeat Walker.

Both achieved their goals.

Republicans will be all over the airwaves saying that Walker’s win confirms that voters support ending collective bargaining for public employees. Obama’s campaign will say the results had nothing to do with any of the issues affecting the presidential race, and will focus on the massive money differential between the candidates.

Labor union leaders will stick with Obama and devote millions of dollars to his campaign because Romney would be much worse. It’s the same cycle we saw during Bill Clinton’s candidacy, with the key difference being that Obama once strongly identified with labor and still talks a good game on labor issues.

Walker and his fellow Republicans deliver for their supporters, and are willing to risk defeat to serve the needs of their wealthy benefactors. In contrast, Clinton, Obama, and most powerful Democrats get away with taking their base for granted while cutting deals designed to make them more popular with onetime adversaries.

Some Wisconsin labor activists will hit the streets for Obama in the fall, but many others will know inside how the President they worked to elect in 2008 ignored them in their time of need.

Nobody should forget that Obama has been missing in action in Wisconsin from the very start of the uprising against Walker’s attacks on unions. Now that the recall is over, I expect him to resume active campaigning in the state.

Obama is wise to make the fall campaign all about the untrustworthy, vulture capitalist Romney, because his disdain for his own political base dooms any more positive strategy.

Wisconsin Democrats did retake the State Senate, showing that the overall recall strategy worked. Walker will now be unable to enact future anti-labor and other right-wing measures, which was activists’ core goal when the Wisconsin uprising began in 2011.