In Honor of the Compton’s Riot: Remembering Philly’s Screaming Queens 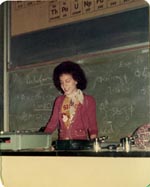 Yesterday, the city of San Francisco rightly honored the 40th anniversary of the Compton Riot by dedicating a plaque in the cement in front of the spot where it occurred. Compton’s Cafeteria at Turk and Taylor in the Tenderloin was a popular hangout for transgender folks in the late 60s. Subjected to constant verbal and physical abuse from the police, the queens and male hustlers who patronized the eatery took to the streets in August, 1966 and fought back in much the same way as queens would do three years later in New York’s Greenwich Village. The Compton Riot is beautifully remembered in “Screaming Queens,” a documentary by Susan Stryker and Victor Silverman.

Screaming queens, it seems, have a history of taking to the streets. While the Compton incident is now thankfully recovered from obscurity and the Stonewall Riots are infamous, as they should be, another transgender milestone has gone unrecognized for decades. It happened in Philadelphia, the city where I was born and raised. When I came out in 1971 and began to do drag, I heard about an amazing event, already the stuff of legend. Every Halloween night, starting in the late 50s, queens gathered in the 13th and Locust street area in the working-class section of the gay ghetto, and marched through the streets showing off their finest outfits. Feather boas and high heels ruled. Under the watchful eyes of Philly’s not-so-Finest, the queens paraded to the nearby gay bars. In the South Street area, which was then predominantly African and Italian/American, black queens took to the streets on the same night to exhibit their best drag. People reputedly came from far and wide to stand and watch those marches.

Those first queer pride parades were eventually stopped sometime in the early 60s by the notorious Police Commissioner Frank Rizzo, never a friend to the queer or trangender community. Years later, Rizzo told the Philadelphia Gay News (I was there at the interview) that he halted them because a young queen had been murdered one year by a straight guy. Of course, there was no record to be found of any such slaying.

Those marches have never been acknowledged for their importance in queer history. Gay historian Marc Stein writes about them in his wonderful history of the Philly queer movement: City of Sisterly and Brotherly Loves: Lesbian and Gay Philadelphia, 1945-1972. But as far as I know, the queer community in Philly has never placed a plaque on 13th and Locust or South Street to commemorate them. I don’t think that many people even know that they happened. They deserve to be remembered. I knew some of the queens who had participated in those parades.

They spoke of them the way some of us ancient ones still speak about the gay liberation demonstrations and zaps of the early 70s. Those queens were extremely proud of what they had done. They should be. Their chutzpah led the way to the militant transgender groups of the early 70s, such as Radical Queens in Philadelphia, which I co-founded; and Street Transvestite Action Revolutionaries (STAR) in New York, founded by Sylvia Rivera and Marsha Johnson. They showed us all that even in the terribly repressive atmosphere of the late 50s and early 60s one could have pride in being transgender and transgressive.