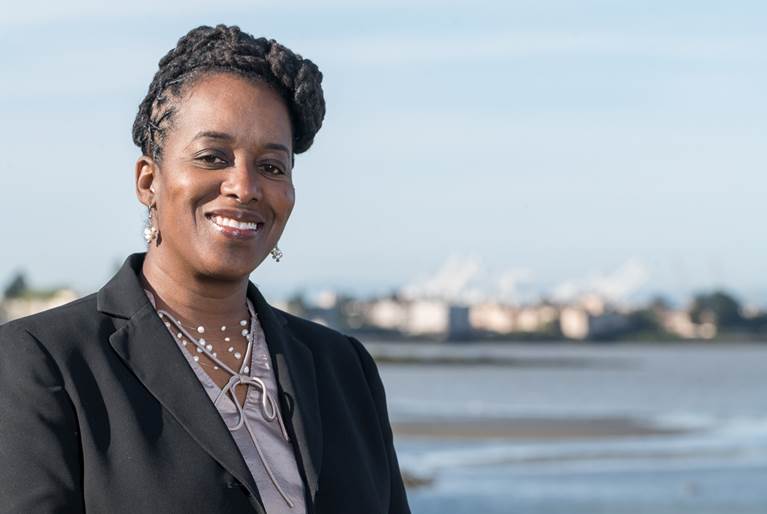 As Beyond Chron noted in February, the primary competition to fill an open Assembly seat in the East Bay produced what may have been “the strongest field in California legislative history.” (See https://beyondchron.org/star-field-east-bay-d15-assembly-race/) The “all-star” cast seeking to represent Assembly District 15 included six serving members of three East Bay city councils and two local or regional boards.

Candidates who did not succeed in their campaigning from that electoral base—city councilors Dan Kalb and Rochelle Pardue-Okimoto, Berkeley school board member Judy Appel, and East Bay MUD Director Dan Katz—have since rallied around the second place finisher in the June 5 primary, Richmond Progressive Alliance (RPA) leader Jovanka Beckles.

Beckles is a long-time child protection worker for Contra Costa County and one of the heroines of Refinery Town; Big Oil, Big Money, and the Remaking of An American City, a book I wrote about Richmond. She is a two-term city councilor who got re-elected four years ago with help from Senator Bernie Sanders. In that 2014 municipal race, a Chevron-funded political action committee spent more than $3 million trying to defeat Beckles and her RPA allies because of their city hall reforms and environmental justice advocacy.

Being smeared by Big Oil and winning nevertheless–without corporate donors—convinced Beckles of the need to challenge big money in politics everywhere. In AD 15’s crowded primary field, she distinguished herself as the only genuinely “corporate free” candidate. Beckles past and present refusal to accept business backing has won her strong support from Our Revolution. OR is the national progressive network, led by former Ohio state senator Nina Turner, that is trying to make the Democratic Party more democratic and less influenced by wealthy donors and the corporate interests they often favor.

Beckles’ primary success was propelled by small donors, grassroots volunteers, and door-to-door canvassing rather than direct mail. Her campaign budget ($160,000) was much smaller than her competitors’—particularly Buffy Wicks, who garnered 30% of the vote after being the beneficiary of $1.2 million in spending on her behalf. (In the interests of full disclosure, I should note that I am a member of the Richmond Progressive Alliance, a Beckles campaign donor and volunteer, but not an official spokesperson for her campaign.)

To me, the central issue in the AD 15 run-off is the role of big money in California politics.  In January, the winner will head for Sacramento where, as Bob Dylan once said, “money doesn’t talk, it swears.” Are you for single payer? Commercial property tax reform? Repeal of Costa-Hawkins restrictions on local rent control? A ban on fracking? Workers rights protections or stronger measures to reduce carbon emissions and California’s dependence on fossil fuel?

Legislative action on all those fronts—and many more—regularly runs into a solid wall of corporate opposition. Bills get bottled up and killed by Senate or Assembly leaders or a Democratic governor doing the bidding of big business lobbyists (like the Western States Petroleum Association), powerful industry PACs, or individual donors with enormous wealth.

Even Democrats representing minority communities tend to lose their reformist zeal after they take office. In Sacramento, they come under enormous institutional pressure to go along to get along. Being a “team player”—and voting the way the leadership or the Governor wants—assures future campaign fund-raising help, personal career advancement in government, and, later on, maybe a plum job in the private sector. The result is too much public policy making that favors powerful special interests over poor and working class Californians and the environment.

It takes courage, conviction, and a strong independent streak to resist the carrots and sticks of a corporate-financed political establishment. Jovanka Beckles helped advance a multi-issue reform agenda in Richmond that was bitterly opposed by old guard Democrats and their business backers. She has the track record and battle scars to prove it. (The latter enable critics to claim, unfairly, that Beckles is too strident, militant, or un-collaborative).

Beckles’s platform is actually quite substantive and reasonable (See http://www.jovanka.org/platform). Her record as a movement builder and change maker in Richmond confirms that she does know how to build left-liberal coalitions to get things done. In other circumstances, the Democratic Party donor class would have warmly embraced an Assembly candidate with local electoral experience who is also a black latina lesbian immigrant. But those, with deep pockets, who elevate personal identity and biography over working class politics aren’t keen about Democrats, like Beckles, who belong to unions, support rent control, don’t waffle on single payer, and backed Bernie Sanders.

Beckles’ opponent, Buffy Wicks has a very impressive resume. Yet being a maverick–in the East Bay tradition of the late Ron Dellums or his successor Barbara Lee–is not part of it.  Wicks has been a skilled political operative at the national level since aiding Barack Obama’s first presidential election victory. She then served on the White House staff, until leaving to direct a Super-PAC called Priorities USA Action, which raised several hundred million dollars for Hillary Clinton’s presidential race. Two years ago, Wicks also ran Clinton’s California Democratic primary campaign against Bernie Sanders.

Wicks has never held any elected or appointed local office. Her national Democratic Party fund-raising connections helped her purchase name recognition that’s the envy of every other two-year resident of AD 15! During the primary season, my Richmond mail box filled up with 12 glossy mailers, featuring Wicks in multiple grip-and-grin shots with a former president, a future governor, a current California Senator, and so on.

Wicks own direct donors picked up the tab for three more mailers. Those generous friends include corporate lawyers, leading venture capitalists, tech firm owners and managers, real estate developers, bankers, and political consultants, all poised to fund another direct mail blitz before Nov. 6, if they haven’t maxed out already. (For details, see: http://www.berkeleydailyplanet.com/issue/2018-06-16/article/46827?headline=Record-Spending-and-Outside-Money-Help-Wicks-in-AD-15-Primary–Rob-Wrenn)

If you’re an East Bay voter looking for real change in Sacramento, my advice is go for the candidate with local funding, long-time community ties, and a commitment to progressive politics that’s real, not just rhetorical.

Steve Early is a Richmond resident and the author, most recently, of Refinery Town: Big Oil, Big Money, and the Remaking of an American City, now available in paperback from  Beacon Press