If You Wanna Know About God, Ask an Atheist 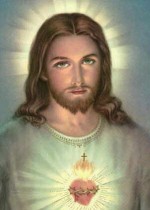 If you want to know something about your religion, don’t turn to the local clergy. The best person to ask is an atheist or agnostic.

At least that’s the logical conclusion one can reach from the latest Pew Forum on Religion and Public Life’s “U.S. Religious Knowledge Survey.” The study found that atheists and agnostics scored higher (21 out of 32 questions) than the “faithful” in basic questions about religion that included who started the Protestant Reformation and what is the most popular belief system in Pakistan. Behind atheists and agnostics were Jews and Mormons. Catholics (with 15 out of 32 questions) received the lowest score.

Some interesting results from that study include the following: 53% of Protestants didn’t know that Martin Luther was the man behind the Reformation that started their religions; and 43% of Jews didn’t know that Maimonides, who was a very influential rabbinical philosopher, was Jewish.

Even more surprising is that 45% (almost half!) of Catholics failed to understand that at the Mass the bread and wine don’t just symbolically become the body and blood of their dead savior, it actually transforms into his flesh and blood. That’s what Catholics are supposed to believe. I know because I was raised Catholic, though thankfully, I became an atheist at 16 and have remained one ever since.

Perhaps Catholics knew more about their faith in the late 80s when a member of the radical AIDS activist group ACT UP tossed a communion wafer on the floor of St. Patrick’s Cathedral in New York during a protest of the local bishop’s AIDS-phobic and antigay remarks. Catholics all over the country went ballistic, probably because they felt the protester had actually thrown the body of their Jesus to the ground. Which would be correct, given Catholic belief.

While the study is fun to read, it doesn’t tell me anything new. People profess belief in religions they know little about. They don’t really grasp what their Holy Books teach. In the case of the Bible, the average Christian would hopefully be repulsed to learn that it condones fathers sleeping with their daughters, stoning wayward children and having as many wives as they want (looks like the Mormons got that last part right).

Most people follow their religions out of habit because they were raised within those traditions. Or because it comforts them to think there’s a reward for them after death, even though there’s no proof of any afterlife.

Dave Silverman, who heads up American Atheists, hit the nail on the head: “I have heard many times that atheists know more about religion than religious people. Atheism is an effect of that knowledge, not a lack of knowledge. I gave a Bible to my daughter. That’s how you make atheists.”

The Pew study seems to confirm that.