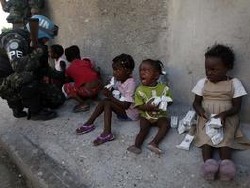 WAKE UP, Mr. President!!! Commander-in-Chief BARACK OBAMA was dealt a BRUISING BLOW last week in the aftermath of the stunning Massachusetts Election on the eve ending his first year in office; a real shocker! Republican State Senator SCOTT BROWN won the Senate seat of the late Edward M. Kennedy, the legendary Democrat who had made healthcare reform the cause of his political career! Brown’s win is a GAME CHANGER for the debate that has consumed most of President Obama’s first year when all else was falling apart! JOBS, JOBS, JOBS! The tide has changed, Obama’s aggressive agenda irritated voters who supported him – his ratings are low!

The President felt loyalty to Senator Kennedy to get healthcare reform passed; needed! At first I was energized, then turned off with all the bickering, lost, didn’t understand what was what! The Massachusetts’ election put the healthcare discussion on the back burner, to deal with the lagging economy, which should have been a priority! PEOPLE ARE TRYING TO SURVIVE everyday needs! Healthcare reform was the elephant in the room!

This writer has NOT lost faith in President Obama’s leadership, but he needs to GET A GRIP!!! Take control of his administration, get back on track to WHAT WON HIM the election – the campaign message for CHANGE swept him into office! Now his performance ratings are low! Despite inheriting overwhelming problems from the previous administration, NOW his watch! ENCUMBERED with his urgent passion to PASS HEALTHCARE REFORM! Tonight, President Obama comes before the nation to deliver his first State of the Union Address. WHAT WILL BE HIS MESSAGE???

To the Haitian people – GET READY, A CHANGE IS GONNA’ COME! Two inspiring songs written and performed by R&B singers/composers, long gone, Curtis Mayfield, “People Get Ready,” and Sam Cooke “A Change is Gonna’ Come,” – their music lives on to inspire a call to action, STAND TOGETHER!

My heart pained to see so much suffering, destruction, death and the eyes and innocent faces of little children, many in pain, hungry, homeless, motherless/fatherless. With sadness, recalled lyrics from the poignant song “Sometimes I Feel Like a Motherless Child, a long, long way from home!” Haitian children hope to be saved, adopted; if not, WHAT WILL HAPPEN TO THEM there in the massive ruins, the result of the 7.0 magnitude earthquake that struck the capital city of Port-au-Prince, Haiti; over 200,000 have died since January 12, the day the natural disaster shook us into stark reality!

The Haitian people have suffered so much (200 years); 2008 Haiti was hit by a series of hurricanes, many lives were lost – collapsed buildings; no coordinated evacuation plan and post-hurricane rescue efforts – Still, in 2010, NOT IN PLACE !!! Humanitarian efforts from all over the world emerged; help will be needed for a long time.

The people of Haiti – the poorest country in the entire western hemisphere, EXPLOITED, 95% BLACK population, are resilient people who have endured much, will prevail, BUT there’s need for serious attempt to rebuild strong structure, not with cheap building material!

AMAZING, despite the tragedy, orphaned children, unhurt, full of life, playful, laughing, dancing, It’s going to be a tough situation, I feel for the children – now scattered about, some with adopted white families – SEPARATED from their culture!!!

What will happen to those SENIORS, ELDERLY, who survived, now out in open encampment, sick, some mentally, who will care for them? What is their fate – a pill to take them out of their suffering???

President Obama wrote a piece in the current NEWSWEEK Magazine, in essence, “We are reminded that life can be unimaginably cruel. That pain and loss is so often meted out without any justice or mercy. But it is also in these moments, when we are brought face to face with our own fragility, that we rediscover our common humanity. We look into the eyes of another and see ourselves. And so the U.S. of America will lead the world in this humanitarian endeavor. That has been our history, and that is how we will answer the challenge before us.”

A sporting end – THE PARTY is ON! Quarterback DREW BREES and the NEW ORLEANS SAINTS beat QB BRETT FAVRE and Minnesota Vikings on home turf, Saints marching to their FIRST SUPERBOWL! Lively Bourbon Street spots made money (the LOWER WARDS STILL WAITING FOR HELP!!!). President Obama appointed Presidents GEORGE BUSH and BILL CLINTON to help raise money for HAITI relief – BUSH, on your watch, WHY DIDN’T YOU DO MORE TO HELP those in New Orleans, Lower 9th Ward, victims of HURRICANE KATRINA ???