“I Heard That:” Politics and 49ers Football; Leona Bridges Appointed to MTA Board of Directors!; Ain’t Misbehavin’ … 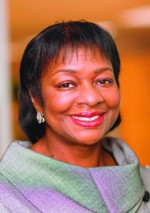 Politics can be a ruthless game but fascinating as well with all the back room wheeling and dealings! Must tip a blonde curl to outgoing Mayor GAVIN NEWSOM’S shrewd moves during his last week in office. Like many, surprised over the appointment of Police Chief GEORGE GASCON as District Attorney. And seems DA MAYOR WILLIE BROWN was in the mix throughout the week-long drama in city politics! Newsom, now Lt. Governor, influenced the selection of City Administrator ED LEE, as interim mayor, to fill out the remaining year of his term. Politics ran amok at the Board of Supervisors meeting last week, which I observed on SFGTV, for almost 8 hours in what was a Soap Opera, heated discussion to appoint an interim mayor, now past history, MOVING FORWARD, yesterday the Board ratified Ed Lee’s appointment.

Since the outcome of the November election, and Newsom’s win, community activist ACE WASHINGTON would ask during Board of Supervisor’s public comment, rap in Motown rhythm “whose running SILLY Hall?” That’s settled, BUT now Mayor Lee can expect to see the unrelenting ACE IN YOUR FACE’!

A WIN FOR THE BLACK COMMUNITY! Monday, January 3, members of the Board of Supervisor’s Rules Committee meeting overflowed with BLACK FOLKS there to support the nomination of LEONA BRIDGES to The San Francisco Municipal Transportation Agency (SFMTA) Board of Directors. After public comments from many, and zealous support from unprecedented overflow crowd that included her mother, THELMA BRIDGES, the committee, impressed, without further hearings, forwarded her name with recommendations to the full Board of Supervisor at the Tuesday meeting, vote to confirm Bridges’ appointment; and among five mayoral appointees sworn in at City Hall.

Ms. Bridges is currently retired and formerly a Managing Director of the Global Index and Markets Group at Barclays Global Investors. The lady holds an undergraduate degree in Business from San Francisco State University and a MBA degree from Golden Gate University. She is committed to education and has created an endowed scholarship in the SFSU College of Business to support economically and educational disadvantaged students.

Newsom nominated Bridges, stated in a Press Release dated December 2, “Leona Bridges will bring valuable financial knowledge and investment experience to the SFMTA Board,” said Mayor Newsom. “She may not be a City Hall Insider or professional activist, but she’s a regular bus rider, churchgoer and longtime San Francisco resident whose background and financial expertise will enormously benefit the Board. I’m grateful for her willingness to serve San Francisco’s transit riders and help improve our City’s public transit system.” The position, was previously held by Rev. James McCray.

THE HOTTEST SPORTS NEWS OF THE WEEK! San Francisco 49ERS President JED YORK, got it together since my column of last week, not that I had anything to do with it, just a fan mouthing off! Appointed TRENT BAALAKE, General Manager (he ran the draft and personnel department), moving forward to GRAB A WINNER, STANFORD’s JIM HARBAUGH, hired Niners NEW HEAD COACH who, with Jed’s approval, will search for a NEW Quarterback (A MUST!) to lead the team next season. AH, young JED sure ‘NUFF got us season ticket holders EXCITED! The 29-year old York is THE winner, gained fans confidence that he’s got it – to RENEW the Niners legendary history in this town!

FROM BROADWAY TO THE FILLMORE! Last weekend “Ain’t Misbehavin” TONY Award-winning musical debuted at Yoshi’s San Francisco, in what was a rare revue happening on stage! A journey through the great pianist, singer, FATS WALLER’S songbook and Harlem in its heyday!

OPENING NIGHT the JOINT WAS JUMPIN’! A snazzy fashion period complete with bowlers and spats, and ermine and pearls, the lively cast of five performers (3 women, 2 men), dressed to the nines, backed by a three-piece combo (piano, bass, drums), shoutin’, stompin’, struttin’, high hattin’, made you feel good! Wonderful entertainment to start the New Year!