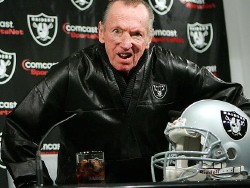 OH HAPPY DAY! The MARTIN LUTHER KING, Jr., National Memorial FINALLY dedicated last Sunday on the National Mall in Washington D.C.! Originally scheduled in August to coincide with the 48th anniversary of the March on Washington, but Hurricane Irene intervened. The sun shone brightly down on beautiful black folks, and others gathered for the momentous occasion to honor the life and legacy of Dr. Martin Luther King, Jr. The memorial sits adjacent to the Franklin D. Roosevelt Memorial and on the direct line between the Lincoln and Jefferson memorials .

Observed the ceremony on TV. Touched by the words of Dr. Kings’ children, MARTIN LUTHER KING, III, and Rev. BERNICE KING; both urged the crowd to fight today for jobs. They felt their father would’ve been out on the front lines protesting , nonviolently, in support of the OCCUPY WALL STREET Protesters and mobilization of the people!

In Fiery brimstone oratory, Rev. King said as much! Down with greedy corporate America – get off the backs of the poor; time for people to rise up in solidarity, nonviolently, SURVIVAL! “We should never adjust to 1 percent of the people controlling 40 percent of the wealth,” said King, “I hear my father say, ‘We must have a radical revolution of values and reordering of priorities of this nation!’”

JUST WIN, BABY! The Oakland Raiders played a hard fought winning game Sunday afternoon of October 9, against the Houston Texans at Reliant Stadium in Houston, Texas. Owner AL DAVIS died the day before at his Oakland home; he was 82.

Heartbreaking to see head coach HUE JACKSON and team members readying for the game while hearing sad news from home. A MUST win, the team looked like they would lose the game, but rallied in second half to MIRACULOUSLY defeat Houston Texans 25-20, with a little help from COACH AL DAVIS whose motto, at whatever cost, “JUST WIN, BABY!”

Touched to see Coach Hue Jackson kneel down, hands over his face, emotionally spent! The day was a defining moment in Raider and football history – the MAN who BUILT the Raiders, did it HIS way, has gone to a better place, relieved of his suffering – smiling “Just Win, Baby!”.

Hopefully, NO MORE BLACKOUTS! Since his death the Raiders have won two straight home games! Sunday against the Cleveland Browns 22-17! Someone remarked there were 10 players on the field! Meaning Al Davis was out there!

SAVE OUR POST OFFICES! Residents of District 10, threatened with the proposed closure of THREE stations: McLaren (San Bruno Ave.), Visitation Valley (Leland Ave.), and BAYVIEW branch on Lane Street (off Third and Williams), and within short walking distance from my new residence!

WHY would the powers to be close the Bayview branch at a time when its on the edge of an emerging NEW community that will welcome hundreds of new residents to 5800 3rd street and Candlestick Point, added to ARMSTRONG PLACE SENIOR Housing (tenants started moving in March; GRAND OPENING celebration June 2.).

FRESH ‘N’ EASY Neighborhood Supermarket (NON UNION, hired about 60% employees from Bayview), has enhanced the Bayview neighborhood, long in need of an UPDATED market, welcomed by the community – a pleasant place to shop, with underground parking. I don’t remember a MAJOR supermarket like Safeway, Lucky on legendary 3-street , or for that matter in Bayview/Hunters Point. FOODS CO has served the community well.

News of the post office closing peaked my attention, thus attended the recent TOWN HALL meeting at the EVANS Postal facility held in the cafeteria, filled with neighborhood people representing all three affected areas, letting their voices be heard. The meeting, led by JAMES T. WIGDEL, Communications Programs Specialist, and RAJ SANGHERA, Manager Operations Program Support, explained and answered questions about the proposed closures, in a community largely comprised of low to moderate income families, immigrants and aging longtime residents; many of whom do not own vehicles, nor have computers or computer illiterate, depend on services the post office provide.

Commissioner LINDA RICHARDSON, Treasure Island Development Authority Board of Directors, there to represent “this community,” expressed to the officials, “If you close these Post Offices you will move us backward!” Another speaker urged that the community must FIGHT! SOLIDARITY – forge a movement that will win! Another outspoken attendee, produced a box of 3,000 signed petitions.

MARLENE TRAN, Advocate for Visitation Valley, carried the fight to the media; guest on three radio programs, talked about the proposed closures, Tran was a Dist. 10 supervisory candidate in the last November election.

District 10, a diverse community, is undergoing CHANGE – major developments – Bayview Hunters Point; Bayshore Blvd where the T-LINE ends at foot of Visitation Valley (HEARD 800 new units to be built along Bayshore; SUNNYDALE – 1,769 units) and Executive Park. STOP THE BLEEDING! SAVE THE POST OFFICES!

DIST. 10 – CHECK IT OUT – Last Saturday afternoon SUPERVISOR MALIA COHEN showed out at the POTRERO HILL STREET FESTIVAL, on stage, backed by PURE ECSTASY BAND, singing I WILL SURVIVE!!! GIRL GOT GAME and STAGE PRESENCE !

For the past two years Tyner has been coordinating occasional LIVE Monday night Jazz and R&B Concerts in the Center’s mixed use community room. Monday nights are a fundraiser project to BENEFIT the agency’s fund to build the Senior Campus on Third Street, a DREAM of the late Dr. Davis who passed last year, carried on by his widow and partner in life, CATHY DAVIS, Executive Director, Senior Center and Bayview Hunters Point Adult Day Health Center.

Swinging senior ED “EDDIE” KENDRICK (recently celebrated his ??? birthday) WILD man on the dance floor, entertaining impression of The Godfather of Soul, had the moves, even had someone pull his overcoat around his shoulders; later in romantic mood, embraced his FIRST LADY – MISS CLASSIE, in slow moves. The unique couple of BARBARA STEWART and her fancy dancing man CARLTON ‘DAN’ DANIELS are AWESOME! Hey, Miss Susie, sure will miss Monday nights!

BEFORE moving on – STOP THE ELIMINATION OF Adult DAY HEALTH CENTERS! Tomorrow, on the steps of S.F. CITY HALL, participants, families, caregivers, ADHC supporters are gathering at City Hall at 12 noon to call attention to the CRISIS that would happen if ADHCs were to close. Governor Brown budget cuts THREATENS Senior Care and loss of Health Centers, like Bayview; and essential health care for low-income seniors; many will be forced to stay home or placed in rehab centers.

ALSO, this Sunday, Access Institute will HONOR CATHY DAVIS for her many years of wonderful work in the Bayview community! INFO: (415) 826-4774.

CHECKED out the 2010 World Series Champions San Francisco GIANTS last home game of the season at AT&T Park. The team should have been in the PLAYOFFS! Anyway, RON WASHINGTON and the TEXAS RANGERS made it back for the second year; tonight vs St. Louis Cardinals to kick off the World Series.

PASSING – KIMBALL ALLEN, owner KIMBALL’S EAST in Emeryville where many great names in Jazz performed – Grammy winner pianist/composer HERBIE HANCOCK kicked off the GRAND OPENING in 1989. Wonderful venue, hated to see it close. in the mid-90s. Mr. Allen passed at his Mill Valley home on September 17, just short of his 92nd birthday. His beloved and devoted wife of 35 years, JANE ALLEN and family were by his side. My sincere condolences to the family.

HAPPY 40TH Anniversary to The MISSION MINORITY HALL (South of Market Employment Center provide employment services to low income residents of San Francisco)! AND to GARY and THERESA DEROUN-LYNCH in celebration of the 22nd Anniversary of their popular MONTE CARLO Restaurant and Bar located in Bayview on Yosemite at 3-street!

WATCH OUT! Diehard Community activists CHARLIE WALKER and ACE “IN YOUR FACE” WASHINGTON have HOOKED UP on access TV 29 to tell it like it TIS!