“I Heard That”: Keystone Korner: Portrait of a Jazz Club … 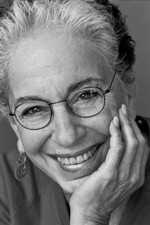 Photographer/writer KATHY SLOANE captures the essence of San Francisco’s legendary North Beach jazz nightclub KEYSTONE KORNER, that bit the dust in 1983, in a biography entitled, KEYSTONE KORNER: Portrait of a JAZZ Club. The piece, loaded with black and white pictures Sloane captured while hanging out at the spot, never thinking one day she would write a book about her 7-year experience meeting renowned musicians of the jazz world! Owner TODD BARKAN graciously allowed her access to roam freely to capture musicians on the bandstand, but give him a print. Sloane describes the club as a family kind of place, for she became close with musicians and staff; many became longtime friends.

Sloane’s memoirs talk about the popular spot, once located at the corner of Green Street and Emery Alley ( of ALL places, next to a POLICE STATION). A former Blues club, taken over by Barkan in 1972 until it closed in 1983; believe due to taxes. Keystone was short-lived, but longer than some, considered a psychedelic JAZZ club that emerged out of the past psychedelic era in San Francisco (flower children, hippie craze and Haight-Ashbury). Barkan, a New Yorker who moved to San Francisco in 1967, opened with the Michael White Quartet on June 7, 1972.

Keystone was a PURE JAZZ club, opened after the famed Jazz Workshop and other clubs on Broadway closed, like Basin Street West, Sugar Hill. There was a wealth of Jazz in the City from North Beach, DA Fillmore area, Divisadero – Halfnote and Both/An, and the Black Hawk in the Tenderloin, all were gone.

Jazz aficionados embraced Keystone – FREEDOM to be, express yourself, enjoy the nightlife offered at the spot that played the best music in town; to mingle with the IN CROWD; the smell of weed drifted in the air, musicians on a spiritual high, soul food cooked by ORA LEE HARRIS (many years later she went on to manage the great jazz singer, BETTY ‘BEBOP’ CARTER); A place where I first met HORACE SILVER, GROVER WASHINGTON, Jr., RAHSHAAN ROLAND KIRK – BRIGHT MOMENTS – BRIGHT MOMENTS!

Jazz lovers especially would enjoy Sloane’s portrait of Keystone. The jacket cover has that BLUE NOTE FEELING, Subdued sense of darkness, a lone piano payer, illustrated by Muhal Richard Abrams, 1979, recall the interior of the club, dark corners, low lights during a performance. As soon as you turn the cover page there’s a marquee sign featuring guitarist CALVIN KEYS who is at the top of his game today! The book includes a BONUS CD recorded LIVE at the legendary club (spinning on my CD player as I wrote this column) that include Stan Getz, Dexter Gordon, fiery drum beat of Art Blakey and more.

‘TELL ME ABOUT KEYSTONE’ was Sloane’s approach in interviewing many who were involved with the club from musicians to staff. I found it quite interesting to see names I had not realized were part of the Keystone family. Sloane, freelance photographer for 35 years, has exhibited her jazz images in New York with bassist/photographer MILT HINTON, gives you a glimpse of her life in chapter entitled, Afterword.

I Remember Barkan well, after closing Keystone, he was the booking agent for Yoshi’s in Oakland for about a year; then returned to New York. Involved in music as a record producer and artistic director of Jazz at Lincoln Centers DIZZY’S Club Coca Cola. Earlier this year he was in a serious car accident, seemed to have recovered.

Saturday afternoon, December 3, REUNITED with KATHY SLOANE, at the Museum of the African Diaspora (MOAD) in SOMA (Mission Street near Third), where she was doing a book-signing. Seemed like two decades since we’d conversed but STILL recognized each other as I approached the entrance to the Museum, she was standing outside by a meter drinking a cup of coffee, smoking a cigarette; we embraced. Chicly dressed in purple; her silver hair coifed in nice style; husky voice reminded me of the late Jazz singer Shirley Horn.

Happy I arrived early for it gave us the opportunity to catch up with the years. We met during a time when the City, Oakland and Berkeley – in particular, were OFF DA HOOK with swinging music action.

MOAD’s lecture room was filled with many who were familiar with Keystone, and the endeavors of Sloane; one, Poet JACK HIRSCHMAN, performed and hung out at Keystone. Sloane talked about the trials and tribulations of writing the book, which started about 2006; showed film images. and answered questions. She has led quite an interesting life and THERE’S MORE TO COME! Happy I caught up with the lady!