“I Heard That”: Happy New Year! 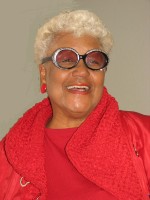 2012 promises to be overwhelming with presidential political games; Occupiers, definitely not going away! The homeless, that include families and children; unemployment.

Not since 2002 have the 49ers made the PLAY-OFFS! Who would have thought Head Coach JIM HARBAUGH, hired this season, would miraculously turn the team around; especially Quarterback ALEX SMITH! Regret Head Coach HUE JACKSON and the Raiders didn’t make the Play-offs! Bottom line, they forgot to heed late owner AL DAVIS’ words – JUST WIN, BABY!

2011 saw many catch the ‘A’ TRAIN – one such passenger, R&B legend NICK ASHFORD, of the famous R&B duo – Ashford and Simpson. His passing, August 22 at the age of 70, TOUCHED my heart!

Reference column @www.beyondchon.org/news/index.php?itemid=9748, Thanks to Mayor ED LEE, GOLFERS WON the opportunity to continue play at SHARP PARK Golf Course in Pacifica. Last month, San Francisco Board of Supervisors voted 6-5 in support of JIM AVALOS anti-golf ordinance that would turn the park into an habitat to protect the San Francisco garter snake, and the California red-legged frog! Thus, shut the park down to golfers. MAYOR ED LEE’s veto saved the Day !