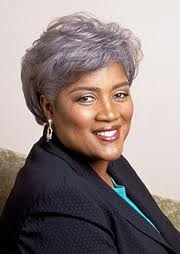 HAPPY DAYS are here again – GIANTS BASEBALL IS BACK! How sweet it TIS! Giants home opener this Friday afternoon will celebrate our World Series Champions! Look for me!

San Francisco PLAY BALL Luncheon, Tuesday, March 29 was high spirited; particularly this year, held at Pier 48, across McCovey Cove where the statue of WILLIE ‘STRETCH’ McCOVEY glowed in the morning sunlight. Due to knee rehab, McCovey did not attend the luncheon, but it was stated he would be at the park Opening Day!

The kickoff luncheon is sponsored by Blue Shield of California and The GIANTS Community Fund. Fans, over a 1,000, lined up hours before the 11 a.m. kickoff; excited, anxious to greet the players. Cheers were heard when the team bus pulled up, players entered through a back pier entrance; moments later fans flooded in. A swinging band played baseball flavored sounds that reminded one of the good old days of Joe Dimaggio, Seals stadium, North Beach clubs – get my drift?

During the autograph signing reception with the players, greeted GIANTS’ Skipper BRUCE BOCHY seated alone at a table penning his signature requested on Giants memorabilia – two guys held the inside lining of their suit jackets. Hey, the skipper celebrates another birthday April 16! Next table shared by infielder MIGUEL TEJADA ( wearing a fabulous expensive silver watch), and right-hand pitcher GUILLERMO MOTA .

Ran into my favorite broadcasters – MIKE KRUKOW and JON MILLER – expressed my sorrow that he and Joe Morgan will no long team up on ESPN Sunday NIGHT Baseball! During lunch at the Media table, met ERWIN HIGUEROS, Hispanic Media Relations Coordinator – nice guy!.

My computer SHOWED OUT last week, therefore, the following conversations were delayed . MARCH MADNESS was more than about BASKETBALL; the month CELEBRATED WOMEN achievements! Friday afternoon, March 25, the 11th floor of the CITY CLUB of San Francisco, located in the Financial District, overflowed with the color of red (my fav). Distinguished African American ladles of the Berkeley Bay Area Alumnae Chapter, Delta Sigma Theta Sorority, Inc. and their guests mingled in exuberant chatter.

Felt proud to see women of color so honored by MORGAN STANLEY Investment Corporation who HOSTED the affair! . Almost 100 ladies in attendance and their invited guests! Delighted when member JOYCE CRUM extended an invitation (aware Brazile is one of my favorite women on the national scene. That day honored to share a few words with the lady). I might note, Joyce is Director of Housing and Homelessness in San Francisco’s Human Services Agency. She manages the City’s emergency shelter system.

Keynoter Brazile, author of the best-selling memoir “Cooking with Grease: Stirring the Pots in American Politics,” published in 2004, seasoned her commentary around her fondness for cooking and her roots. A Native of New Orleans, she’s one proud down to earth lady – warm as a POT OF GUMBO!

Brazile dished out words of wisdom to the professional women, like “When you fight your way in the Board Room to the top, keep a foot in the door to allow someone else to slide through! “ I might note, Brazile will be back in the City for the Professional Businesswomen of California 22nd Annual Conference on May 10. Info 888-544-2695.
.
Close up, seated at the FABULOUSLY FIT Mrs. Crum’s table, that included her husband , ELVIN CRUM (a few men attended), and blogger CHERYL CONTEE, of Fission Strategy, twittering points of Brazile’s speech. Brazile, having met the young lady before, made it a point to introduce her. Guests included: PUC’S TIMOTHY SIMON; former San Francisco Supervisor SOPHIE MAXWELL; IRMA ANDERSON, FIRST African American woman elected Mayor of a major city serving Richmond, California between 2001 and 2006; ALONA CLIFTON, former Trustee, Peralta Community College District, Oakland; Commissioner EDNA JAMES, Aging and Adult Services Commission; Dynamic BRENDA KNIGHT, Founder, Ladies in Red, empowering women through motivation, education and inspiration to achieve personal growth.

AH, MESMERIZED by the performance of WOMEN OF CALYPSO, three top female Calypso singers in Trinidad – singing SAUNDRA (one of the foremost Calypso artists in Trinidad ), SHEREEN CESAR and KIZZY RUIZ, both rising and emerging stars of the genre. The ladies starred in “An Evening with Women of Calypso”, presented by CULTURAL ODYSSEY Theater company, located in the African American Arts Cultural Center (AAACC) in the Western Addition, founded by national/international renown artists , producers RHODESSA JONES AND IDRIS ACKAMOOR.

The third floor space, with stage, SRO audience, were taken on a joyous journey of music, theater, social commentary and autobiographical musing! Through their songs the women sung about contemporary life in Trinidad. Calypso is a music of the people. Idris Ackamoor, stellar alto saxophonist/actor and music director backed the singers, collaborated with DAMION RESTON, keyboards, ROGER GUERRA, drums, and VAL SERRANT, steel drums and percussions.

Missed many of Cultural Odyssey’s great works (my loss). Jones and Ackamoor are brilliant in their creative togetherness! Many years based in AAAC where fine resident producers are housed. Cultural Odyssey is an National Performance Network member (NPN), the only African American performing company in San Francisco to regularly present National and international artists for Bay Area audiences as well as in other locations in America like the National Black Theater Festival in Winston Salem, NC.

In celebration of WOMEN’S HISTORY MONTH, The WOMEN POETS of the Journal of Pan African Studies RECONNECTED me to my cultural, spiritual roots, and old friends when meeting many on a recent rainy Saturday afternoon in Downtown Oakland at the JOYCE GORDON Gallery. Soulful HUNIA BRADLEY, community/social activist, educator and self taught chef, member of Bay Area Vegan Food Lovers, served as Minister of Celebration.

APRIL is JAZZ APPRECIATION Month! The Jazz Heritage Center (JHC), located on Fillmore in the Renaissance Center, has a month long program celebration. Last Sunday afternoon, inspired by the Tribute to HORACE SILVER, with radio station KCSM’S GURU – SONNY BUXTON, and the AL MOLINA Sextet. Molina, a true Silver fan, play his music every Tuesday night at the 7-MILE club on old Bayshore at Geneva Avenue in the city. This Sunday a musician’s Tribute Concert to the late trumpeter ALLEN SMITH, 2 p.m. at Yoshi’s San Francisco. Definitely will be a WHO’S WHO of Bay Area Jazz!

HEY, ITS NICE TO BE NICE AND TO ALL OF YOU OUT THERE…LOOK FOR ME…I’LL BE THERE…
E-mail Rochelle at iheard@earthlink.net