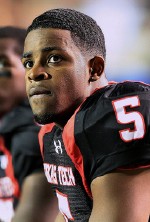 “KEEPING THE VISION ALIVE!” EDUCATION, EDUCATION, EDUCATION! Mrs. VERA LEE CLANTON of San Francisco believe education is the key to succeed in this world, and has been doing her part when in 2000 she founded the BERRY and VERA LEE CLANTON Endowed Scholarship Fund established at San Francisco State University to help provide accessible higher education to needy students! Qualified recipients receive $1,000 – $2000.

Mrs. Clanton established the Fund in memory of her late husband, one of the first African American men hired as a LONGSHOREMAN in San Francisco. Mr. Clanton passed in 1972. The couple shared a DREAM to help those who lacked funds but desired a college education. Mrs. Clanton expressed her husband didn’t have an education, but he had a “MASTER’S DEGREE IN LIFE!”

This writer has known the charming MISS VERA, as I will fondly call her, since the early 60s; a mover shaker, a dynamic leader and businesswoman in the Black community set goals for herself! Admired her spunk, spiritual nature, goodwill, loving personality; always reaching out to her community, and longtime dedicated member of Third Baptist Church here in the City.

During the 60s, remember Vera’s CHARM School, located on Divisadero Street near McAllister. Ah, really the spark for many young women interested in self-improvement., and modeling in her fashion shows. The petite Ms. Vera had a model’s figure!

Vera and her late husband Berry shared a dream to help others. In 1969 during the Haight Ashbury flower children era, hard times, that saw families suffering; they donated money to kids in need, AND a time of the RIOTS at S.F. State, the start of Berry and Vera’s journey, UNFULFILLED before Mr. Clanton’s passing!

October 17, 1999 invited to the INAUGURAL dinner affair at West Bay Conference Center, located on Fillmore Street, where Vera introduced her concept for the scholarship which came to fruition in October 2000. With the help of those who believe in KEEPING THE VISION ALIVE, Vera and Berry’s dream continues – the JOURNEY COMPLETED!

The afternoon affair topped off with swinging entertainment performance of PRESTON TURNER (Pure Ecstasy), vocalists MARY STALLINGS and NOAH GRIFFIN. Ms. Vera will celebrate her 93rd Birthday, December 26. Still lively, her faith and enthusiasm strong as she KEEPS ON KEEPIN’ ON!!!

IT’S AN INTERESTING TIME to be a 49er fan and season ticket holder! SURPRISED When Head Coach MIKE SINGLETARY, frustrated with Starting QB SHAUN HILL, who just doesn’t have it, DOWN at the HALF 21-0, the MISSING QUARTERBACK ALEX SMITH, inserted into the game after the half, energized the offense – VERNON DAVIS caught three touchdowns!!! Niners lost 24-21! Singletary, during his press conference Monday, stated “We’re going to do whatever we need to do to WIN!” Announced Smith will be the STARTER QB this Sunday against the COLTS!

Wide Receiver MICHAEL CRABTREE’s impressive debut on the field the entire game, surprising for a ROOKIE who just came to camp about three weeks ago, showed EVERYBODY what he can do – No surprise for this writer as I followed this dazzling football STAR during his last year at TEXAS TECH! CRABTREE is a CONFIDENT YOUNG MAN who will definitely be a GAME CHANGER!!!