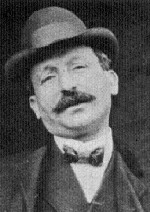 As mayors, developers and Agency staff try to fend off Governor Brown’s proposed transfer of redevelopment funds to local governments – earning far more media coverage than cuts to programs serving more vulnerable Californians – little has been said about the fundamentally undemocratic nature of redevelopment agencies (RDA’s). RDA’s operate as private fiefdoms outside the control of elected officials. Once elected officials approve a redevelopment area, unelected and politically unaccountable officials typically gain control of hundreds of millions of dollars for the next thirty years. These millions are excluded from annual city budget processes. While nonprofit groups with city contracts, city workers and defenders of vital city programs struggle over a declining funding pie, RDA’s allow corporate and development interests to circumvent this process to secure public funds. The RDA’s lack of political accountability is a throwback to the days of the early 20th century when big city political bosses handed out jobs and money not on the merits, but to their political supporters. Here are some recent examples of RDA operations that would make leaders of that era, such as San Francisco’s Abe “Boss” Ruef, proud.

As RDA defenders describe the terrible impacts for California if Governor Brown’s plan to return redevelopment funds to local governments prevails, one would hardly know that the Los Angeles Times recently reported that “more than 120 cities, for example, spent more than $700 million of their affordable housing funds between 2000 and 2008 without building a single new unit.” San Francisco’s RDA defenders would have us believe that the Board of Supervisors is legally barred from spending money on affordable housing, when the truth is that every project “at risk” from Redevelopment cuts could be funded by the money transferred from the Agency to the Board.

But my biggest problem with RDA’s is that they are profoundly undemocratic. And when we allow hundreds of millions of taxpayer dollars to be spent outside the normal budget and political process, it encourages the worst abuses of patronage and political favoritism regardless of the integrity of those employed by agencies at any particular time.

Last July, the San Francisco Bay Guardian described how the Bayview-Hunters Point based nonprofit, Arc Ecology was being required to sign a duty of loyalty in its contract with the Agency for monitoring the environmental impacts of the shipyard project. Two months later, the highly regarded group was denied the renewal of its contract by the Agency commission due to its submitting comments critical of the EIR for Lennar’s development plans in the area.

On December 30, 2010, the Bay Citizen reported: “Rick Swig, the Redevelopment Commission president, complained during a September hearing that Arc Ecology had taken inappropriate advocacy positions in its work. ‘As a consultant, I have my feelings and sometimes I don’t agree with all my customers,’ But I don’t bite the hand that feeds me. It’s not a good policy.’ ”

If a private consultant, or a private attorney, takes a position adverse to their clients, it’s an ethical and perhaps even legal violation. But nonprofit groups who get city contracts have a different obligation. Arc Ecology could not accept the Redevelopment Agency’s demands for silence without violating its own ethical duties to the people of Bayview-Hunters Point who it serves.

The fact that the President of San Francisco’s RDA Commission does not understand this speaks volumes to how RDA’s operate more as private fiefdoms than as public entities designed to serve the public will.

I learned through documents obtained from the city in a lawsuit from the 1980’s that Feinstein officials had written on the Tenderloin Housing Clinic’s CDBG evaluation (the organization I head) that “Randy runs a great program but tends to bite the hand that feeds him.” Yet my political differences with the Feinstein Administration never led it to try to defund us, and if they or a later administration had tried, we had the democratically elected Board of Supervisors, not an unaccountable RDA Commission, to prevent this non-performance based attack.

To give the appearance of being driven by the public will, redevelopment districts create “project area committees” (PAC’s) to vet and make recommendations to the Agency Commission. Many good and caring people spend countless hours serving on these PACS, which makes it even more unfortunate that their recommendations are completely advisory and not binding on the RDA.

During the 1990’s I often attended meetings of the Sixth Street Redevelopment PAC, where it was often noted how many of its representatives worked for nonprofit groups receiving Agency funds. Think these representatives were going to speak against the staff position on issues?

When the nonprofit group TODCO did take independent positions, it found itself in the same position as Arc Ecology. Although TODCO was selected by staff to build a project at 6th and Howard on the site of the Plaza Hotel, the Commission decided it did not like TODCO and rejected its application.

This transparently politically motivated decision led to mass protests at City Hall, and vows to reform the Agency – but nothing changed. After all, our elected officials have no remedy for reforming the RDA absent complete defunding, which, given the mayor’s control of redevelopment and the powerful forces desirous of RDA funds, would never happen.

I could tell stories about the Agency’s subverting democracy on Sixth Street all day but here’s the last one.

After promising local residents, the PAC , and local merchants that they would build housing for “working people” at the Plaza Hotel site at 6th and Howard, the Agency unilaterally decided to instead house people with alcohol and/or drug and chronic mental health problems. While housing is needed for this population, the PAC approved funding for the development premised on it serving a different population, with many believing that the RDA had spent much on the poorest of the poor while ignoring the needs of low-income working people.

What a mockery of democracy. After undermining the legitimacy of the development process by twice rejecting TODCO’s superior application, the RDA then builds a project programmatically unrelated to that approved by the community group for which it claims to be accountable.

The San Francisco Redevelopment Agency has spent over $200 million on Sixth Street in the past two decades. If you think this money has made Sixth Street a desirable place to live, and that this was the city’s best use of property tax dollars, then tell Governor Brown you oppose his planned redevelopment cut.

Otherwise, let the Governor know that you admire his taking on this politically difficult campaign to return billions of dollars annually to taxpayer and democratic control.