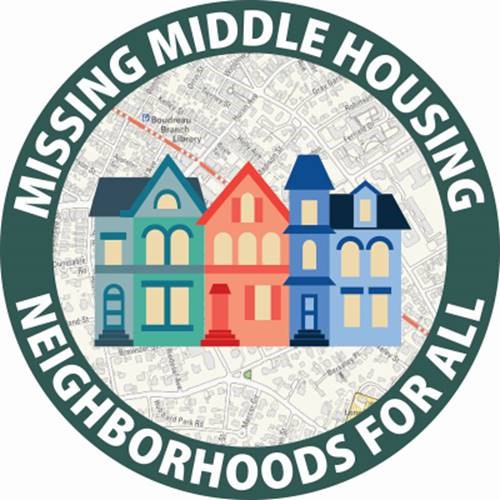 Housing advocates have had a lot to celebrate. President Biden’s Executive Order extended the national eviction moratorium through March and a longer extension with increased tenant protections is on the horizon. In addition, flawed rent relief procedures issued by the Trump Administration to access the $25 billion already allocated were tossed and will soon be replaced. Biden ended his first week raising the FEMA reimbursement rate for housing the unhoused in hotels from 75% to 100%—that’s a game changer for cities struggling to address homelessness.

Last week also saw the National Low Income Housing Coalition and over 2000 groups ramp up a national drive for significantly increased federal housing funding. I’ve followed national housing politics since Jimmy Carter’s presidency; this is the first time I recall “affordable housing” being highlighted by top officials on the first day of a new presidency.

There’s also progress at the state level. On January 6, as the session was about to close, Massachusetts passed a sweeping housing bill that eliminated super-majority vote requirements for local upzonings. The bill also required all cities with transit hubs to include a multi-family zoned district. Framed as an economic development measure—a great strategy in this economic crisis—the bill included both new funding and financial incentives for housing construction.

Michael Anderson of the Sightline Institute reported on Montana’s movement toward ending single family zoning statewide (as Oregon has done). Expect even recalcitrant California to at least approve Senator Toni Atkins’ bill to allow duplexes in single family neighborhoods by the end of the year.

Washington introduced a bill (SB 5235) that abolishes limits on the number of unrelated people that can share a home and ends bans on renters residing in homes on lots with ADUs. It makes no sense for a state to require that tenants living in ADUs be related to the owner and this bill addresses this. I have not seen a state bill introduced to allow cities like Seattle to enact rent control laws; this measure failed in 2020 and I assumed it would reappear in 2021.

Locally, last week Sacramento became the first California city to end single-family zoning. The measure allowing fourplexes  would not take effect until the end of the year, but passage seems assured after the City Council’s 8-0 vote.

Last week, A Better Cambridge continued its pro-active efforts by joining with the Sunrise Movement to push a Missing Middle Housing Zoning Petition. It legalizes car-free, three-story, multifamily housing citywide. It’s a great move for Cambridge. The city’s push for missing middle also comes as Boston prepares for a hard-fought mayoral campaign in which housing is a top issue. Cambridge’s Affordable Housing Overlay and the new Missing Middle plan should impact the Boston mayoral debate (and hopefully the housing debate in other cities).

Open New York did not have a specific victory in 2021 but on a daily basis they are shaping the upcoming city council races by ensuring candidates address the city increase density and affordability by upzoning affluent neighborhoods. I discuss in Generation Priced Out, how “progressive” Mayor Bill de Blasio followed former mayor Bloomberg’s strategy of upzoning low-income communities of color while downzoning whiter and more upscale neighborhoods;  Open New York is part of a large housing justice coalition that is demanding that long gentrified neighborhoods be opened to the non-rich.

Finally, Los Angeles has arguably the nation’s worst homeless and affordability crisis. Much of its problems are due to not building anywhere near enough housing. Thanks to ongoing work by Abundant Housing LA, state Regional Housing Needs Assessment (RHNA) targets are remaining intact, effectively requiring cities to rezone neighborhoods to meet state mandated housing targets.

There’s clearly a long way to go.  But I am so encouraged by the pro-active tactical activism of housing advocacy groups. By constantly moving to challenge exclusionary zoning and other strict density limits, advocates either prevail or increase their support base for future victories. The progress is slower than  climate change warrants but change is going in one direction; few cities are increasing parking minimums or replacing multi-unit zoning with single-family only laws.

My hope for 2021 is that housing advocates focused on production strive to unite with those focused on tenant and affordable housing preservation. It’s a smart political strategy; promoting affordable apartments in all city neighborhoods divides progressives who oppose new market rate housing from their homeowner allies who support exclusionary zoning.

We even see this happening in San Francisco. Gordon Mar, a progressive supervisor who has opposed upzoning for market rate housing is taking on neighborhood opposition to new affordable apartments. Mar opposes rezoning for fourplexes but issued a ten tweet thread last week promoting affordable housing in his Sunset neighborhood.

Alliances between housing advocates like A Better Cambridge and enviro groups like the Sunrise Movement also expand the pro-housing base. Given that housing policy is climate policy, building infill housing should be backed by all green groups.

There’s a lot to be optimistic about as 2021 unfolds. And if you live in a city or state where housing progress is stalled or even nonexistent, think about the unusual suspects you can round up to support a pro-active housing agenda.