Hot Free Food … On a Plane! 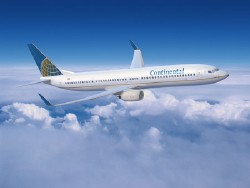 As soon as the Saints qualified for the Super Bowl, I knew I had to be in New Orleans for that number, so immediately after the NFC championship game I started researching fares to the Crescent City with hopes of finding a reasonably priced ticket. As of last Wednesday it didn’t look good … fares to New Orleans’ Louis Armstrong International averaged about $600, way out of my budget so I was resolved to watching the game here in San Francisco. One last check on the Internet produced a $250 roundtrip fare on Continental Airlines from SFO to Baton Rouge, Louisiana’s state capital, home of LSU, Southern University and thousands of Katrina victims who evacuated 80 miles upriver from New Orleans. Close enough for me.

If you’ve flown recently, you’ve noticed that unless you’re flying first class, any kind of food service that doesn’t involve a bag of peanuts or pretzels will cost you about $10 dollars for a sandwich, salad or cheese plate that Starbucks sells for half the price … and credit cards only please, since most airlines are cashless these days. So imagine my surprise when the Continental flight attendant came through the coach section with the promise of a complementary hot lunch … a hamburger and salad!!

I had my headphones on and thought the food was for sale, which is the case with nearly every other airline flying out of SFO, but when the flight attendant said the food was free, I assumed it was a special occasion but was told food is free on all Continental flights of more than two hours (which applies to all of Continental’s 10 SFO flights to Houston and Newark). The food wasn’t bad, but if you want to listen to music or watch Direct TV on Continental, (an in-flight service that’s free for all passengers on Virgin America and Jet Blue) you have to pay $6. Well, I guess the airlines have to make their money somewhere, but if I you like to eat on the plane, Continental is one airline where you don’t have to BYO food.

Continental is in the news today for another reason. Yesterday Continental held a ceremony naming one of its planes after Marlon Green, the nation’s first African American airline pilot. Green was hired by Continental only after winning a U.S. Supreme Court discrimination case ordering Continental to hire Green. Green applied to Continental and every other airline after retiring from the Air Force in 1957. Green had more than 3,000 hours flying experience, but was rejected by every airline after he checked off the Negro race box on his application. Green said he was offered an interview and flight test with Continental only after he refused to check off the race box on the Continental application. Green was not hired by Continental despite doing well on the interview and flight test.

Green filed a lawsuit against Continental after he discovered that Continental had hired White pilots with less qualification and flight experience. In 1963 the U.S. Supreme Court determined that Green had been a victim of race discrimination and ordered Continental to hire Green, who retired from Continental in 1979. Green passed away last year.

Once arriving in Baton Rouge, my choices to get to New Orleans included buying an $18 Greyhound bus ticket or riding the $5 LA Swift bus, which is a Louisiana state subsidized shuttle bus between Baton Rouge to New Orleans. LA Swift operates eight weekday round trips (six weekend trips) on buses equipped with TV monitors showing CNN and free WiFi. The old grey dog (Greyhound) doesn’t have either internet or live video.

When the warning was issued to evacuate New Orleans when Katrina approached, many Ninth Ward residents traveled to Baton Rouge for what was thought to be just another temporary evacuation and that everybody would soon be back in New Orleans. Many of those folks are still in Baton Rouge because their homes were destroyed by Katrina, and they were joined by thousands of other New Orleans residents who lost homes because of Katrina related flooding. Much of that housing has yet to be rebuilt nearly five years after Katrina, and many Katrina victims living in Baton Rouge make the two hour commute every day for work in New Orleans, to check on rebuilding efforts or to stay in touch with friends and relatives still living in New Orleans.

So many Katrina victims live in Baton Rouge it’s now called New Orleans North. Many of those displaced New Orleans residents were riding from Baton Rouge to cheer on the Saints live in New Orleans. The CNN bus feed was cutting back between Sarah Palin’s live Tea Party Convention speech and reports from the Super Bowl site in South Beach. When CNN went to Palin’s speech, there were boos and groans from the passengers, but when CNN cut to Saints fans in South Beach, everybody on the bus chanted WHO DAT, WHO DAT, WHO DAT SAY DEY GONNA BEAT DEM SAINTS!!!