Hospitals Seize on SEIU’s Kaiser Victory to Lay Off Workers 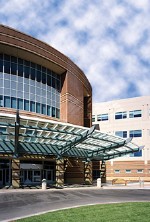 In the wake of SEIU-UHW’s electoral victory last week over NUHW at Kaiser, nearly 200 UHW members are being laid off at two hospitals that had no union layoffs for at least twenty years. SEIU is not helping employees resist the layoffs at Salinas Valley Memorial Hospital and Seton Medical Center, and in the former case the union’s stance is likely related to its members voting last spring to join NUHW (though SEIU filed a challenge and still collects dues). The layoffs are an important reminder that media framing of the SEIU-NUHW dispute as based on personalities and egos ignored the contrast between two fundamentally different models for representing workers. SEIU has facilitated layoffs or simply failed to enforce workers’ contract rights, whereas the prior UHW leadership team (now with NUHW) negotiated strong protections against layoffs and aggressively defended workers’ jobs and contracts.

After Kaiser Permanente did everything in its power to help SEIU defeat NUHW, we now see why other hospitals also prefer SEIU-UHW as their workers bargaining representative. Unprecedented layoffs have just been announced at two hospitals, and in neither case is SEIU working hard for workers seeking to keep their jobs.

At Salinas Valley where SEIU was soundly defeated on May 17, it has continued to challenge the election’s outcome. This means that UHW still serves as the workers’ legally authorized union and collects monthly dues, even though SEIU is taking no action to resist the planned elimination of 117 jobs.

It’s clear that SEIU does not want to fight for workers who have voted to leave for NUHW. Yet because SEIU’s challenges have delayed the designation of NUHW as the new bargaining representative, NUHW has no legal authority to sit down with the employer and demand a reversal of the layoffs.

I guess this is part of UHW Trustee Dave Regan’s overall strategy. Delay elections as long as possible, and if SEIU eventually loses, allow hospital layoffs to reduce NUHW’s membership base.

It is reminiscent of SEIU’s support for “no union” at USC Hospital and Santa Rosa Memorial Hospital as far more preferable than for workers to join NUHW.

At Seton Medical Center in Daly City, part of the Daughters of Charity Health System, SEIU gave the Daughters a significant contract change that now allows DCHS the right to eliminate positions after 60 days. The previous contract prohibited any staffing change without the agreement of the union, and only if impasse were reached could an arbitrator be brought in to determine whether the staffing change was appropriate.

Seton workers seeking to leave SEIU for NUHW are still waiting for an election date.

To be clear, it is not only where workers have voted or may soon vote to join NUHW where SEIU has allowed layoffs where none had previously occurred. SEIU has accepted layoffs at Daughters facilities like St. Louise Regional Hospital, where workers voted to stay with SEIU, and O’Connor Hospital (where the ballots are still impounded).

It should be noted that while SEIU is doing nothing to defend workers at Salinas Valley and is allowing hospital officials to begin issuing pink slips, workers who support NUHW are mounting a fight-back campaign and will be holding a picket line next week — all of it self-organized and without any SEIU support.

SEIU-UHW’s unwillingness to fight layoffs is consistent with former SEIU President Andy Stern’s vision for the union. Stern saw union collaboration with employers as a “win-win” situation, and the more confrontational approach of unions like NUHW as a failed model.

And while many activists long criticized Stern for seeking collaborative agreements, John Wilhelm and UNITE HERE have shown in Las Vegas how this approach can succeed. UNITE HERE’s agreements with gaming interests brought increased unionization and major increases in wages and benefits for union members.

But the difference between UNITE HERE’s approach and that of the current SEIU-UHW is that the former never seeks to maintain a cooperative relationship by weakening contracts or workers’ rights. In contrast, many see SEIU-UHW’s cozy relationships with large hospital chains as part of a “race to the bottom” in which workers contractual rights continually erode.

While the media and even some labor scholars still frame the SEIU-NUHW rivalry as about personalities and not issues, the soon to be laid-off workers at Salinas Valley and Seton know what really is at stake.