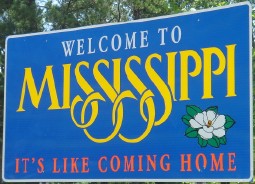 JACKSON – A hardened, intransigent rightwing has taken over the Republican Party and proved its willingness to take the nation to the economic brink to protect its well-heeled financial backers. Legislators have targeted government workers and immigrants as the source of their states’ economic ills. Meanwhile, all three branches of the federal government pay homage to the nation’s true power: Wall Street.

They live in a state where “right-to-work” is embedded in the state constitution, where teachers cannot legally strike or even engage in collective bargaining, where, in other words, the nation as a whole seems to be heading.

“There’s a sense of people coming together,” says Chandler, a veteran of labor wars going back to the 1960s. “It’s reminiscent of the `20s and `30s, when people were excited about the sense of unity, but this is more divergent and bigger.”

Turner, a veteran of the historic and successful 1990 strike by catfish workers in the Mississippi Delta, puts it this way: “We are just clucking along like little chickens, hoping everything turns out all right.”

It’s hard to see the reasons for any optimism from the national headlines.

The power of money in today’s politics cannot be overestimated. Billionaires Charles and David Koch, the corporate-backed, money-doling group known as ALEC (American Legislative Exchange Council), and their lobbyist friends such as former U.S. Sen. Trent Lott of Mississippi have now become the fulcrum for what gets debated and what gets done – whether in Washington or in the state capitols.

Bolstered by the U.S. Supreme Court’s Citizens United ruling that opened the floodgate to corporate funding of political campaigns, these financiers are why the same white-collared Wall Street thugs who nearly destroyed the economy in 2008 are still holding the true reins of power. They’re also the brains behind the so-called Tea Party Movement, which despite the faux populist rhetoric about “big government” by its frontline soldiers is really only about one thing: the complete corporatization of American society.

The trick is many of those frontline soldiers don’t know this. Years of ingesting Fox News propaganda has made them really believe that it’s all about getting back to America’s roots. What are they going to do when they find out the truth?

And herein lies one of the sources of the activists’ optimism.

For most Tea Party soldiers, immigration is nearly as crucial an issue as big government.

They helped push nearly 1,400 legislative bills and resolutions in the first half of 2010 targeting immigration policy and undocumented workers.

However, many in the GOP establishment don’t want immigration reform. They actually like the status quo. Why? The status quo supplies an endless source of cheap labor to industry. Undocumented workers get the least pay and benefits, have trouble organizing, and can always be replaced if they complain. In other words, they’re the perfect employees!

Thus a major split within the Republican Party regarding immigration looms on the horizon. Just wait and see.

Another source of optimism is this: Most young people don’t buy the Tea Party rhetoric or the establishment GOP’s
mantras to big business.

Chandler, who worked with Cesar Chavez and the United Farm Workers in the 1960s and 1970s, first came to Mississippi to help with civil rights leader Charles Evers’ unsuccessful gubernatorial campaign in 1971. “There was nothing for the youth” in the state to encourage political activism or even awareness, he says.

“Look at the 2008 election, a majority of the under-25 age group (in Mississippi), 52 percent, voted for (President) Obama. That’s very interesting. That shows more of an awareness among the youth of another world. I think that presents an opportunity.”

Here in Mississippi, named the nation’s most conservative state in a 2011 Gallup Poll, the opportunity Chandler sees is compounded by changing demographics. More than one-third of the population is African American, a number likely to grow given recent statistics showing more African Americans leaving the North and returning to their Southern roots. Add to them other minorities such as the greatly increasing Latino population — from 10,000 in 1990 to an estimated 150,000 today. Many may be undocumented now, but they are here and are likely to stay. So are their children.

If just a quarter of the state’s struggling working-class whites were ever to realize that their best political alliance is with blacks and Latinos, not billionaires on Wall Street, Mississippi would undergo a revolutionary change.

Chandler’s MIRA organization, however, isn’t waiting for the revolution. MIRA has already earned national kudos for the alliances it has forged with the 50-member-plus state Legislative Black Caucus and with the Southern Christian Leadership Conference, and thus far it has been able to keep an Arizona-like bill from passing the state Legislature. In fact, it has been key to passage of six pro-immigrant bills in the Legislature, including provisions for court interpreter services and in-state tuition for college students.

The UFCW’s Turner is as battle-savvy as any organizer in the state. She helped rally hundreds of workers at the Delta Pride catfish plants in the perennially poor Mississippi Delta in the summer of 2010 when they threatened to strike rather than accept a contract offer that would have returned them in many ways to the same conditions that forced them to strike in 1990. The company relented, and a fairer contract was negotiated.

Turner is busy now with an organizing campaign at a re-opened 150-worker poultry plant in Water Valley, Miss., that was union-represented before it shut down in 2003. “In two weeks we had over 75 cards signed,” she says. “I feel good about it. Most of the people worked there before. They see the difference between having a contract and not having a contract, in working in a union plant and in a non-union plant.”

MAE President Gilbert says education activists in other states like Wisconsin and Ohio have contacted his office in recent months to ask about strategies for dealing with a powerful and intransigent political-business alliance totally hostile to unions, something Mississippians have dealt with since “right to work” legislation was adopted in 1954 and embedded in the state constitution in 1960.

“They are not used to this,” says Gilbert, whose organization represents 8,000 teachers and other school workers across the state. “They are used to having payroll deductions for union fees, collective bargaining. .Sometimes it’s hard to make lemonade out of lemons, but we try. The more people we have, the more talent and ability we have to be able to do the things we want to do.”

Although prohibited from striking or collective bargaining, his organization lobbies legislators, trains teachers, provides them legal assistance and other benefits, and works with other organizations to make the state keep the commitment to education it made in the historic 1982 Education Reform Act.

Although under the radar of the mainstream press, change is taking place in many parts of the South, which legendary labor leader Sidney Hillman once called a “venture into unplowed fields” for union organizers. The Farm Labor Organizing Committee recently won a three-year battle to get tobacco giant Reynolds American to agree to meet with it and to survey the abuse of workers – most of them migrants — on tobacco farms across North Carolina, the state with the nation’s lowest union membership rate. The Coalition of Immokalee Workers in Florida has won similar battles and is now pressuring the grocery story chain Publix to do more to improve wages for tomato pickers.

If catfish plant and poultry workers, migrant workers and teachers — those at or near the bottom end of the supply chain in this modern-day economy — can score gains or at least hold their own against the formidable powers-that-be in Mississippi, then maybe some optimism about the future is justified – and not only here.

Joseph B. Atkins is a veteran journalist, columnist, professor of journalism at the University of Mississippi, and author of Covering for the Bosses: Labor and the Southern Press (University Press of Mississippi, 2008). His blog on labor issues in the South is laborsouth.blogspot.com. He can be reached at jbatkins@olemiss.edu