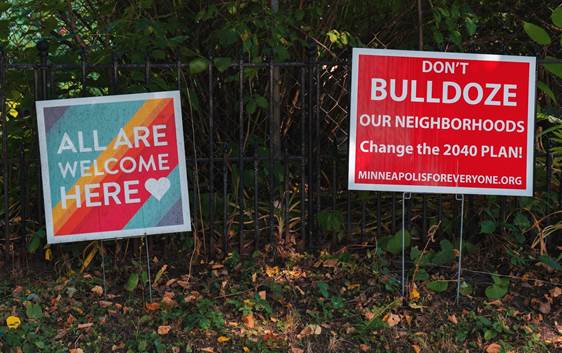 Homeowners opposing new multi-unit housing drive urban gentrification. As I detail in Generation Priced Out: Who Gets to Live in the New Urban America, from San Francisco’s Bernal Heights, Noe Valley, Alamo Square and Haight-Ashbury to Los Angeles’ Highland Park to New York City’s Park Slope and neighborhoods throughout Cambridge, neighborhoods  become expensive by not allowing new housing rather than via  “luxury development.”

San Francisco’s SOMA and New York City’s Chelsea, where luxury development fueled an upscale transformation, are the exception. Yet many mistakenly see this exception as the rule.

That’s how most San Francisco neighborhoods, and those in other high-housing cost cities,  gentrified. It happened with little or no multi-unit construction. Yet homeowners have adeptly  shifted blame for the gentrification of urban neighborhoods from their own land use policies to builders—even when no building has occurred.

Homeowners’ and their allies have cried wolf so effectively about threats of “luxury” housing fueling gentrification that many in the media still promote this false narrative. This has led the people we depend on to build homes in cities, and whose predecessors built the houses where anti-housing homeowners live, to be slandered as “greedy” developers.

Homeowners fighting to maintain single family zoning and restrict housing supply enjoy rising property values without risk or labor— yet they are portrayed as selfless champions of neighborhood “character.”

Many false stereotypes about the housing crisis were on full display in an August NY Times article, “A Gentler Way to Gentrify.” A story premised on identifying developers as gentrifiers involved people seeking to end the displacement of lower-income residents by creating “fair housing” and “changing the narrative” of gentrification. Yet despite writing about people who had nothing to do with causing gentrification or displacement, the reporters identified them as being associated with this agenda: “Fewer companies want to be just developers anymore, and for good reason. The word has become associated with neighborhood discord, fears of rising rents and hipster homogeny.”

The story asks “But can this friendlier breed of builders reclaim the “D” word?” But why should people clearly not involved with displacement need to “reclaim” a false stereotype?

Homeowners’ role in gentrifying urban neighborhoods is not even suggested in the story.  Instead their opposition to development is honored: “Some critics oppose buildings they consider too tall, and out of character for the neighborhood, for not only aesthetic reasons but also fear of overcrowding and overtaxed infrastructure. Others see new units, even “affordable” ones, as too expensive for longtime residents, hastening their departure.”

The notion that opponents of affordable housing are chiefly concerned with its potential displacement impacts is laughable. It’s like the story that came out August 19 from Chicago about neighbors opposing a 100% affordable housing project because “it looks like gentrification.”

You’d never know that most opposition to new housing comes from people who do not want tenants moving into their neighborhood. Or that in some neighborhoods exclusionary zoning is used to keep certain racial and ethnic minorities out.

The story also ignores how homeowners financially profit from restricting supply. As I described in “Should Cities Tax Huge Homeowner Profits From Stopping Housing?”, opponents of increased density argue that cities should recapture from builders the higher land values from upzonings. Yet homeowners are never asked to pay cities for the increased value they yield from downzoning their neighborhoods. Or from using exclusionary zoning laws to  restrict new units.

Maryland activist Benjamin Ross tweeted about another problem with the story:  “neighbors who say building will be too tall & are happy when developer builds 50 fewer apts are not fighting gentrification.” Ross is correct. Neighbors fighting apartments are more often promoting gentrification. Yet the media treats their claims of seeking neighborhood “preservation” as if fueled by a broader progressive agenda.

This false framing of the causes and solutions of urban gentrification works against ending the housing crisis. I describe in Generation Priced Out how even small builders working to build the homes cities need feel they are treated as “criminals;” meanwhile, the economic self-interest of opponents of housing is ignored.

As the photo accompanying this article shows, homeowners talk about “welcoming” neighbors while actively battling against tenants living in their neighborhood. This method of gentrifying and hyper-gentrifying neighborhoods is  gentler than direct displacement, but the outcome is the same.