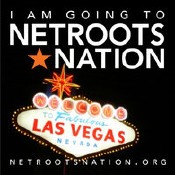 Editor’s Note: Beyond Chron Managing Editor Paul Hogarth was selected as “Best State and Local Blogger” in a nationwide vote conducted by CREDO Mobile and Netroots Nation. The July 24 announcement, made in Las Vegas at the Netroots Nation Conference, comes as no surprise to those who have read Hogarth’s breaking coverage of the Maine gay marriage election, the San Francisco budget fight, and other issues. We join our readers in congratulating Paul on his success.