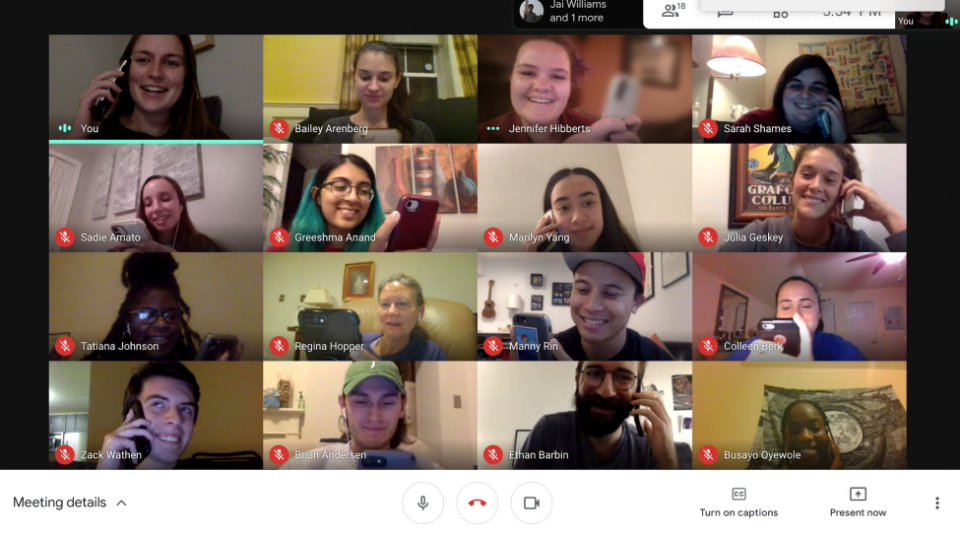 From civil rights to the environmental movement, young people have historically been at the forefront of pushing the country forward during challenging times. Now is no different. Even with a once-in-a-lifetime pandemic impacting the 2020 national election, America’s largest generation proved they were up to the challenge.

The Center for Information and Research on Civic Learning and Engagement (CIRCLE) recently projected that once all votes are counted, youth turnout may come in at historic rate — between 53 percent to 56 percent of all eligible voters. If that total reaches around 55 percent, that would put voter turnout for ages 18-29 on par with the previous record of 1972, which is the year after the voting age was lowered to 18.

In part, this year’s historic turn out can be attributed to such procedural changes as vote-by-mail and an increase in pressing issues that impact young voters. But this notable rise is also the culmination of years of training young activists on college campuses and with just the right generation or organizers ready to rise to the challenge.

Peer-to-peer organizing and personal interactions helped answer many questions new voters had about voting for the first time. The effort proved to be more important in an election impacted by COVID-19.

You see, as topsy turvy as 2020 has been, the COVID-19 pandemic’s restrictions may have played a role. The combination of trained and committed student activists and the unique skills that these digital natives have communicating online through social media, direct messaging and other technologically-driven means created a perfect mix that helped students get out to the polls.

For the Student PIRGs New Voters Project, one of the oldest and largest youth-led voter mobilization efforts in the country, the keys were training the next generation of social change leaders, working within campus communities, and using strategic ways of reaching students.In this election, it required being undeterred by the hurdles and understand the impact of peer-to-peer organizing could play in these unparalleled times. With that in mind, a cadre of hundreds of PIRG student leaders coordinated their efforts with more than 100 campuses this fall.

Students rolled up their sleeves to organize their communities into action. The project created a fun and engaging campaign where volunteers can interact virtually. Student leaders organized Zoom Phone-a-thon events that took the spirit of high energy campaign rallies that typically happen in person. They featured music, Halloween costumes, keynote speakers and large numbers of excited volunteers.

In total, more than 5,000 student interns and volunteers reached millions of students to help them register to vote, navigate new voting laws, make plans to vote safely, and get others involved to make a difference in the election. During the final two weeks of this cycle, which is the most critical time of any election, these organizers spent more than 12,000 hours calling their fellow students to make sure they had a plan to vote before polls closed on Election Day.

Thousands of student volunteers joined virtual Zoom calls to reach over one million students and help them make plans to vote in the final weeks leading up to November 3rd.

In any organizing effort, the voices of campus leaders are vital to get students to participate. Vote coalitions were formed on campuses across the country to create a diverse representation of campus life — whether it was university presidents and student government leaders or those in student housing, college sports teams and faculty.

In states coast-to-coast, groups coordinated their efforts to achieve a common goal. CALPIRG Students co-hosted the California Student Voter Conference with dozens of higher education institutions and the secretary of state’s office to launch their voter registration drives. Florida PIRG Students organized all-campus vote competitions between fraternities, sororities, and other student groups to see who can register the most students to vote. MassPIRG Students worked with the University of Massachusetts system of institutions to promote StudentVote.org, a one stop shop for student voting. In all, these last relationships between students, faculty, administrators, and election officials will be pivotal to the long term engagement of new voters.

Collectively, Student PIRG members can celebrate their accomplishments during this election. Along with increasing voter turnout, student leaders also sent an important message to leaders: young people vote. Now these advocates will seek to build on the momentum they’ve created when it comes to developing cultures of civic engagement. It’s a culture where new voters can easily participate in democracy, where any young person can receive the training they need to effectively organize their peers, and where young people voting in big numbers is not historic but the new normal.

Manny Rin is the National Director of the Student PIRGs New Voters Project, working with students on over 100 campuses in 17 states.