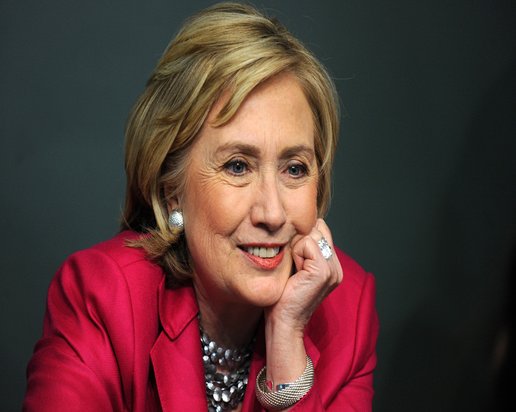 Gail Collins’ January 2, 2015 NY Times column, “Hillary versus History,” noted that “no Democrat has been elected to succeed another Democrat since James Buchanan in 1856.” While Collins observed that Republicans also rarely succeed each other, she missed a golden opportunity to highlight the parallels between the 2016 and 2000 elections.

In both cases, Democrats will head into a presidential election after a two-term Democratic incumbent revived an economy wrecked by their Republican predecessor. Similarly, Bill Clinton and Barack Obama began with Democrats controlling Congress, only to end it with the GOP having an effective veto over  Congressional legislation.

Both Clinton and Obama will also see their potential Democratic successors facing little primary opposition. Al Gore was as much a done deal for the presidential nomination in 2000 as Hillary Clinton will be in 2016.

Support From the Base

The big difference between Clinton’s 2016 prospects and Gore’s in 2000 is that the latter faced progressive disaffection. Bill Clinton’s enactment of punitive welfare “reform,” the anti-worker NAFTA, the Defense of Marriage Act, and his “triangulation” with Republicans left many progressives with a “is that all there is?” feeling after electing the first Democratic President since Jimmy Carter in 1976.

This led to a lack of grassroots enthusiasm for Gore, and to Ralph Nader’s candidacy. But even with Nader siphoning votes from Gore in Florida, Gore won the national popular vote and was only denied the White House by Republican Supreme Court judges.

If the GOP presidential candidate could not win the popular vote in 2000 when the Democratic base was unenthusiastic and divided, how can they win against the unified and enthusiastic Democratic Party base behind Hillary Clinton in 2016?

Calls from some progressive groups for Bernie Sanders or Elizabeth Warren to challenge Clinton are very different from the 2000 political environment. There is a distinction between wanting to see progressive policies promoted during Democratic presidential primaries and a willingness to sit idle during the fall presidential campaign. Progressive Democrats will be as united behind Clinton in 2016 as they were for Obama in 2008, even if their passion is more motivated by fear of a Republican victory.

The 2014 midterm elections were driven by the lowest voter turnout (36%) since 1942. That was during WWII, when many eligible voters were overseas. The big Republican win in 2014 came in an election where turnout was half that of the 2008 presidential election, and disproportionately comprised of the older, white voters who now make up the GOP base.

The 2016 voter turnout will resemble that of 2008 (61%) and 2012 (58%). It will be significantly younger and more ethnically diverse than in 2014. The prospect of electing the nation’s first woman president should drive Democratic turnout upward, just as Barack Obama’s historic campaign did in electing the first African-American president in 2008.

Truman prevailed in 1948 because, like Clinton in 2016, the Democrats were still seen as the party of prosperity after a Republican President plunged the nation into a fiscal ditch. The core political dynamics that led to FDR’s victories had not changed, just as the electoral fundamentals of Obama’s massive wins in 2008 and 2012 will not be materially different in 2016.

It is more likely the case that the demographics and core issues have moved even further in the Democrats direction since 2000. Add in a unified Democratic base, and it would take an unforeseen cataclysmic event for Hillary Clinton to lose in 2016.

Randy Shaw is Editor of Beyond Chron. He discusses activists’ response to Presidents Clinton and Obama in The Activist’s Handbook: Winning Social Change in the 21st Century