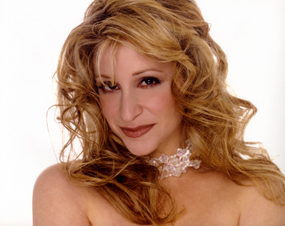 RUN FOR COVER: To end a really hot summer, Dame Edna will be back in her newly bitched up extravaganza, “Dane Edna” Back With a Vengeance!” Again, San Francisco shows the way with a new show. We paved the way with “Evita” and Baz Luhrman’s “La Boheme” and now “Dame Edna” gives us the first look at a show before it goes to Broadway. Oh, and by the way we also gave “Wicked “the steam to make it to Broadway and the Tony Awards. Edna was heard to say, “I don’t do shows, I make history. My shows are not shows at all; they are “events.” Imagine that: That’s what I always say about my writing. It’s not writing – it’s an event!!! Dame Edna opens at the Curran Theater August 31.

.Right now you can see Billy Philadelphia and Meg McKay singing the wonderful music of Cole Porter. This is a simple show with the wonderful smart and sassy music of Porter. There is “Let’s Do It”, and a funny bit by Philadelphia “Brush Up Your Shakespeare”. Mackay spins a sultry Begin the Beguine. This would be the perfect opportunity to add a little drama to the their show. How about a chaise lounge for Meg Mackay to lean against with “Bequine” or they could put the piano on autopilot while Meg and Billy dance the “Bequine”. How charming – and it would take the show out of the expected to the unexpected. Not everything worked well in “So in Love”, but when they are on – it’s just as Porter would say, “You’re The Top”. The trouble with doing a show about one composer is that the songs can easily begin to bore you. After all, we have all heard them hundreds of times. I’ve even heard people singing them while they do hand stands. It didn’t help. The stage manager is Cole Bernstein. Since the staging is minimal – I don’t know what to say – except what was there to manage. One of the most delightful delectables of the evening was Meg’s version of “Most Gentlemen Don’t Like Love.” I liked it for two reasons – One, you don’t hear it very often and second – McKay gave it just the right nuances. As usual Billy Philadelphia’s piano artistry was amazing. Next up in the Concert series will be an Evening with singer Spencer Day. He will sing the familiar along with some of his own compositions. Day starts August 14.

Celebs wanna know – “Do you suppose Billy Philadelphia’s name is a just a stage name?” I dunno – I’ll ask him. The charming duo is at the New Conservatory Center.

JULIE BUDD REPLACES FLORENCE HENDERSON IN THIS YEARS WILDLY POPULAR ‘HELP IN ON THE WAY SHOW’ AT THE PALACE OF FINE ARTS. Julie Budd, an International singer has recorded some cool C.D’s and after her benefit performance at “Help”- she will be at the Plush Room. The Ermet Aids Foundation annual all-star aids benefit concert is mostly sold out. And no wonder – here are just a few of the stars that are scheduled: Lucie Arnaz, Brian Boitano, Franc D’Ambrosio (Phantom on the Curran Stage), Cagney & Lacey star Tyne Daly, Xena Warrior Princess Lucy Lawless, Bruce Vilanch (Hairspray), Original Supreme – Mary Wilson, Cast members of “Movin Out” and all the Leading Ladies that played “Christine” in The Phantom of the Opera on Broadway. Even Cecil B. DeMille couldn’t arrange to have this many stars under one roof. “Help” is undoubtedly the most fun you’ll have at a Theater this year. Call up all your friends and beg for their extra ticket. Monday Aug. 2nd.

THE SCOOPLET: CHRISTIN CHENOWITH, THE STAR OF ‘WICKED’ ON BROADWAY WILL APPEAR AT OUR SYMPHONY HALL IN VIENNA WOODS – BROADWAY NIGHTS. Word in the back rooms is that Artistic Administrator Michael Bartlett really worked hard to book her here. And it is work to get to “The Star”, when roadblocks are put up by agents, publicists, and various hangers on. Bravo! Michael Bartlett. Chenowith has been nominated for several Tony’s and won one for “You’re a good Man Charlie Brown when she sang “New Philosophy”. Oh Ok! Here’s another scooplet. The World Premiere of “Little Princess” will be at Theater Works. It will be directed by Broadway’s Susan Schulman of Secret Garden fame.

Talked to Steven Takeuchi of “The Murderers’ Accordion Band” who told me that they have been actively in pre-production for their upcoming album, slated for a mid-fall release. They are now performing at the Tractor Tavern and they are excited to get out of the rehearsal space and actually play in front of people again. But he says “Have no fear, we will be heading through Portland and The Bay Area before too long”. In the meantime – if you are into Accordions – you can get their C.D. at SlowBluerecords@msn.com.

In the meantime – you can still enjoy original theater at The Bay Area Playwrights Festival until Aug. 8. .Or go to the The Union Square BID “Olympiad” Party August 18 – 4 to 7pm at the fabulous top of the world Harry Denton’s Starlight Room. There is even a Fun Event for seniors. If you are one, then you won’t want to miss The Sunrise Senior Living “Senior Olympians” Day on August 19. And for something really special – be sure to take in “Insights” and exhibit of work by blind and seeing-impaired artists (August 25 – October 30).

THIS YEARS NEW STAR FIND: She’s like a fine European Actress with the deep throaty voice that sounds like a cross between French Actress Simone Simon , Greta Garbo and Ingrid Bergman. Who is this new International Star? Theresa Kerry – the wife of Prez hopeful John Kerry. She could be his ticket to the top. If anyone could get the Women’s vote it would be her with her pithy remarks about men and women like this: “They say that I am opinionated. And you know what. I am. Why is it when men speak what is on their mind, it is always brilliant or witty? When a women speaks her mind – she is too opinionated or outspoken.” Fresh and interesting person. So unlike the “Stepford Wife” now in the White House. I think she’s Jammin’!