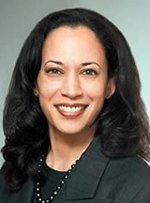 San Francisco District Attorney Kamala Harris announced late yesterday that her office would not retry its case against former Planning and Department of Building Inspection employee, Augustine Fallay. After the FBI raided DBI’s office and arrested Fallay, the San Francisco Chronicle announced that Fallay was at the center of an agency-wide corruption case. But after hearing 9 weeks of testimony, the jury came within a single vote of exonerating Fallay on all counts. Based on the evidence at trial and discussions with the jurors, the District Attorney’s Office concluded that retrying the case would not result in a conviction.

Harris deserves credit for stepping back from a politically-motivated prosecution that has left an unfair mark on the DBI. Ironically, the San Francisco Examiner editorialized about DBI’s alleged “corruption” just yesterday, using as “evidence” the FBI prosecution of Fallay.

For the Examiner and Chronicle, the latter of which gave Fallay’s arrest days of intense coverage, Fallay was a mere pawn in its attempt to exert increased downtown control of the DBI. The fact that the false prosecution of Fallay was jeopardizing the reputations of all DBI employees, and those doing business with the agency, was of no consequence to the Hearst Corporation.