Harding Theatre Headed Back to the Planning Commission 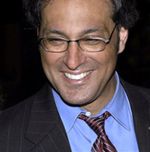 The Board of Supervisors voted last night to send the battle over the Harding Theatre back to the Planning Commission. Supervisor Ross Mirkarimi, who came close to reaching a deal between developers and project opponents to resolve the matter, warned that the delay could scuttle a positive resolution for the community. Mirkarimi urged Planning to take a serious look at the deal in the hopes of reaching an agreement that would prevent the need for future Board action.

The Board ran into a roadblock in trying to connect a deal to the appeal of the Conditional Use granted for the project. The problem involved the negative declaration issued for the project not being legally sufficient for the new project proposed in the community compromise (the original project did not include preserving the theatre). After numerous questions to the City Attorney, the Board concluded it had no recourse but to send the entire project back to the Planning Commission, where new hearings will hopefully be held within a month.

The original plan for the Harding Theatre, located on Divisadero, called for the demolition of the current building and 18 condominiums being built in its place. The Planning Commission will likely approve a modified version of that plan that will include preservation of at least parts of the theatre and less housing.