Guest Editorial: Yee is the Best Choice for Tenants 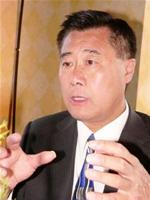 While I have great respect for the opinions written on these pages, I have to disagree vehemently with the opinion piece published by Paul Hogarth yesterday regarding the best choice for tenants in Senate District 8.

As a 30-year Richmond District renter who lives in Senate District 8, I take this issue very seriously. An objective comparison of the State Senate candidates’ records on this issue shows Leland Yee is the best choice for tenants.

While it’s understandable that old grudges die hard and that Yee’s abstention on AB 1217 is upsetting to Mr. Hogarth and others, it’s misleading to judge any elected official by one single vote. A look at the entire Yee record has been compiled by Housing California, an independent and respected advocacy group that fights for tenants and affordable housing in Sacramento.

Last year, Yee’s voting record on Housing California legislation was 100%. In the previous session, 2003-04, Yee voted for 11 out of 14 Housing California positions. These votes included protections for tenants against eviction, ensuring that landlords treat security deposits fairly, and reducing the threshold on affordable bond measures to from 2/3 to a simple majority.

Now let’s look at the choice. Yee’s major opponent in the Senate race is Mike Nevin, a former police officer who served on the San Mateo County Board of Supervisors.

As a Supervisor, Nevin repeatedly made clear in public statements that he was 100% opposed to rent control. And, in fact, there is only one single instance in which he voted for rent control – to help homeowners living in mobile home parks.

Leland is a friend and former colleague and it is true that we have not always agreed. But I am urging my friends and fellow tenants in Senate District 8 to join me in supporting him – not despite his tenant record – but because of it.