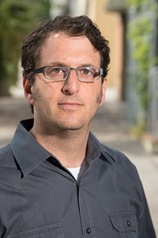 Ronald Reagan might be dead, but his failed economic policies seem to be alive and well in San Francisco’s housing debate. Gabe Metcalf, director of the think tank SPUR, recently wrote an article (“The San Francisco Exodus”) arguing that we can build our way to affordability in San Francisco. He criticized those who focus on preservation and subsidized housing as solutions to preserving affordability in San Francisco, touting instead a strategy of building more and more market rate units. According to Metcalf, building more market rate housing will “make the city affordable for most people.” He argues that “if we could produce 5,000 units a year for a sustained period of time, that would be enough to make a real impact on affordability.”

The idea that 5,000 new market rate units in San Francisco would do anything to make the City affordable to “most people” is pure fantasy. Just look at New York City where tens of thousands of new units were built. At a recent panel discussion, Amanda Burden, director of New York’s Department of Planning, acknowledged that she “had believed that if we kept building in that manner and increasing our housing supply … that prices would go down.” The city “built a tremendous amount of housing” with that hope, “and the price of housing didn’t go down at all.”

There is not a shred of evidence to suggest that an increase in market rate units would significantly reduce home prices or rents in San Francisco. Expansion of the number of market rate units in San Francisco will primarily serve to house multi-millionaires and line the pockets of realtors, landlords and developers, without any meaningful improvement in housing affordability.

Oddly, at a time of record real estate profits and thousands of market rate units in the pipeline, the industry has decided to step up attacks on the modest regulations that promote affordable housing opportunities in our city. Industry “experts” complain incessantly about rent control, inclusionary housing laws, and other affordable housing strategies. Last week, a San Francisco Business Times editorial headline went so far as to blame housing advocates for the housing crisis, with an editorial titled “Housing’s worst enemy in San Francisco is housing advocates.”

On KQED’s Forum last week, host Michael Krasny assembled a panel to discuss high housing costs in the Bay Area. No affordable housing advocate was even included on the panel. Panelist Jed Kolko of the real estate website Trulia argued that building luxury condos helps overall affordability. Chronicle reporter Carolyn Said referenced Metcalf’s article, though not by name, stating “it has been said that we would need to build 5,000 units a year to put a lid on rising rents.” Neither Krasny nor the panelists challenged the underlying assumption that adding market rate units would stop rising rents.

The single biggest reason (other than the regional tech boom) that we have runaway rents in San Francisco is the Costa Hawkins Rental Housing Act, passed in the 1990’s. Right smack in the middle of the first dotcom boom, realtors, developers and landlords abolished “vacancy control” across California. The most powerful tool that cities could have used to control runaway rents – rent control – was severely limited, allowing landlords to impose unlimited rent hikes on new tenants after a vacancy. The same real estate industry that today opines on affordable rents used its political capital twenty years ago to make sure that cities wouldn’t have the power to ensure greater affordability through strong rent control.

Vacancy control is one obvious and immediate solution to skyrocketing rents in San Francisco. That would require an amendment to the state’s Costa Hawkins Rental Housing Act to allow cities with rent control laws to regulate the initial rent charged by a landlord. With that change, San Francisco could regulate how much a landlord could increase the rent for a new tenancy, stopping the rent gouging that is now occurring.

We also need to protect tenants from speculator evictions that are sharply rising in San Francisco. The state’s Ellis Act is being misused by real estate speculators to empty out entire buildings of low-income tenants in San Francisco. Why do we allow these mass evictions of tenants living in affordable rentals? These evictions can be stopped or slowed by state and local legal reforms.

We also need to expand the supply of affordable rental housing units rather than assuming the market will take care of the problem if we just build enough luxury condominiums. San Francisco’s voter-approved Housing Trust Fund will help by creating more affordable units and mitigating the loss of redevelopment funds. On the other hand, inclusionary housing laws that require developers to include affordable units in new developments are under attack. The governor just vetoed a key inclusionary housing bill at the insistence of developers and realtors.

The next time you hear a self-professed real estate “expert” say that we need to build our way to affordability in San Francisco by constructing more market rate units, ask whether they would support the following solutions: change the Ellis Act to stop speculator evictions of rent control tenants, amend Costa Hawkins to prevent rent gouging, and require developers to include affordable rental units in any new construction. If not, you can be sure that they are far more interested in runaway profits than affordable housing.