Guest Editorial: The Problems With Better Neighborhoods Plus 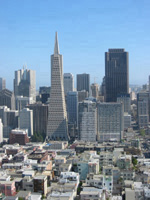 Planning and land use are the most contentious aspects of local politics in a city that is almost all built out and is circumscribed by water on three sides. Add to that the skyrocketing value of land and housing, and you have a recipe for serial political battles royale. The “Better Neighborhoods Plus” proposal by Supervisor Jake McGoldrick, which is before the Board of Supervisors today, is only a win when compared to the lack of any other structured process. That said, it reads, like many of its authors, like a relic of the 1970s rather than a forward looking vision of how to reduce the contention over land use by bringing a representative sample of San Franciscans to the table to consider planning our neighborhoods’ futures.

The proposal was hatched in secret by individuals who overwhelmingly have direct financial stakes in its outcomes. The ratio was 28 high dollar land use attorneys and developers to 5 nonprofit representatives and a few small time expediter consultants and attorneys. Market rate housing developers are drooling at the prospect of a streamlined entitlement process in times of low interest rates and skyrocketing rising housing prices that would be tantamount to a license to print money as it costs $250/square foot to build that which can be sold for $1,000/square foot.

There were no average San Franciscans, folks who had no interest in development other than that we pay taxes here and have to live with its results, invited to the table. Indeed, one Planning Commissioner invited a neighbor to the meetings, and after some wrangling, McGoldrick’s office allowed her to attend but required she remain silent during the deliberations. New housing does not pay for itself as far as city services go. Were there to be tens of thousands of new luxury condos, does anyone seriously think that existing lower income neighborhoods would get the same level public protection?

Nonprofit housing developers, having seen their past two bond proposals defeated at the ballot box are starving for resources and see a collaboration with for-profit developers as a last gasp to fill their coffers. Some connected with the Council of Community Housing Organizations appear so starved for cash that they resemble a “jonesing” junkie writhing for a fix at 16th and Mission. All development in San Francisco contributes pittances to several funds, including an affordable housing fund. Streamlined entitlements mean more money into the affordable housing fund. But the contributions are a paucity when compared to the number and value of new market rate construction.

It is true that there is a housing crisis in San Francisco. And it is true that market developers exclusively maximize their profit. This means that new housing production trends overwhelmingly towards million dollar plus condominiums while average San Franciscans live under a pall of housing insecurity. A quick study of new luxury condo projects in Supervisorial District 6 indicates that voter registration patterns trend less Democratic and more Republican than the district or city at large.

Streamlining new housing construction at this time therefore, only tangentially benefits most San Franciscans who are housing insecure, and only at a fraction of the rate of new luxury condo construction.

The impetus for housing policy should not come from the developers or even from Planning Department Staff. In a democracy, voters, citizens and residents are the sovereigns, staff works for us and our designees, and developers rely on the political process for entitlements and building permits.

Thus, San Franciscans would do well to adopt “best practice” participatory, bottom-up, grassroots planning processes as have proven successful in comparable jurisdictions such as Portland, Oregon and Seattle, Washington. In those cities, citizens band together to petition government to commence a planning process, they scope out a process, receive validation from the City that they have brought all voices to the table, then they begin to do the work of planning. At each step, the City ensures that planning professionals are available to assist resients and that there is buy in from average folks in the impacted area.

Compare this to “Better Neighborhoods Plus,” which claims to require consensus prior to initiating a planning effort, and then puts senior Planning staff in the driver seat. The legislation claims that no planning will get underway until there is consensus in the community. Given the lack of consenus demonstrated by neighborhood resistance to this bureaucratic power grab on behalf of the developers, one is left but to wonder how the Planning Commission or Board of Supervisors would implement that requirement for consensus.

In short, if you liked the Richmond Specials in the 1980s and Live Work Lofts a decade later, then you will see more of that crap when Better Neighborhoods Plus puts planning power in the hands of the same individuals on senior planning staff who brought us those debacles. And this all benefits some of the wealthiest land use attorneys and developers operating in San Francisco today. Support of this plan by “progressives” like Calvin Welch (who supported Willie Brown in 1999 rather than progressive Tom Ammiano) is tantamount to firing a torpedo into any chance of repairing the alliance between progressives and neighbors that can stand up to downtown.

There are aspects of good policy in this legislation, but they are bound together in a way that runs counter to participatory politics. That the Planning Commission composed of appointees that range from Willie Brown to Matt Gonzalez voted unanimously to shelf this until a pilot project can be conducted and evaluated should speak for itself.

Guest editorials are the opinions of the author and are not necessarily those of Beyond Chron. Those interested in submitting editorials should contact casey@beyondchron.org