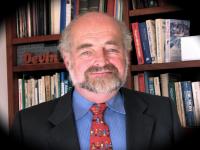 If you started kindergarten the year that Dan Kelly was first elected to the San Francisco School Board, you would have finished elementary and middle school, graduated from high school, attended junior college, and even had the time to take a year off to travel. And in that time, one would hope, you would develop and grow.

Yet after sixteen years on the School Board, Dr. Dan Kelly has had too many opportunities to help San Francisco’s students and he has failed to deliver. It is time for someone to bring fresh ideas and perspectives to the San Francisco Unified School District (SFUSD)—and any of the serious challengers will do.

When asked in this year’s S.F. Young Democratic Club questionnaire what work he has done with youth groups, Kelly had to dig back to 2000 when he assisted SLASH (Student Leaders Against Sexual Harassment) to change SFUSD policies around the issue. What he failed to mention is that in 2004, the San Francisco Youth Commission found that none of the policies that SLASH had fought for had been implemented by Superintendent Arlene Ackerman, whom Kelly strongly supported. In fact, Kelly proudly stood by Ackerman’s side on April 1, 2004 at a press conference in which she bashed the Youth Commission for even bringing the tragic crisis of sexual assault and harassment in our schools to light.

So why does Kelly need an additional four-year term after sixteen years of missed opportunities?

If he held almost any other office, Kelly would be termed out of office for the second time. “Politics is the only field,” says Texas Gubernatorial candidate Kinky Friedman, “in which the more experience you have, the worse you get.” Despite being a quack of a candidate, Friedman encapsulates the problem with public office holders who grasp on too long. In his sixteen years, Kelly has fallen from being the progressive, anti-privatization voice on the Board of Education to arguably being its most conservative member.

There is a cornucopia of reasons to feel that re-election for Kelly would spell disaster for teachers’ respect, students’ voice, and parents’ access to an open and responsive government. One could look at his willingness to lay off teachers—at times by the hundreds—each and every time such a proposal was proposed. He was the architect of Ackerman’s last contract that raised her salary to $250,000 on top of a $375,000, eighteen-month severance package (all in the same year that multiple SFUSD schools were shut down). This year, facing delicate labor negotiations with our underpaid teachers, Kelly voted to hire scab replacement workers in the event of a strike. He ignored the fact that such an action would — and did — provoke further outrage from the teachers.

Kelly not only makes questionable policy decisions, but pursues his objectives by using rather undemocratic methods. Serving twice as President of the Board, Kelly developed a reputation for being heavy-handed in limiting the public’s ability to comment on the School District’s policies. Kelly also repeatedly scheduled meetings on such short notice that the spirit of California’s open-government standards was truly tested. This includes meetings where teacher contracts were voted on. Ackerman’s infamous severance package was also voted on in a similar method: the deciding vote was cast by appointed incumbent Heather Hiles, who had just lost the election weeks before and was a lame-duck.

Dan Kelly’s tenure on the School Board has not been entirely problematic, and has even had its strong points. As previously mentioned, he has always strongly opposed the privatization of schools, and his anti-war outlook has pushed progressive issues such as minimizing military recruitment in schools and phasing-out JROTC. He has also been supportive at times of legislation proposed by the student delegates to the Board (although he was awfully quiet when those students were attacked by Ackerman for opposing her policies and pay). Importantly, Kelly also helped oust fraudulent Superintendent Waldemar Rojas and then helped oversee the mess he left behind.

But now our schools continue to fail socially, academically, and financially. It is time for new ideas that will support teachers, respect and develop our students, improve our facilities, efficiently spend the precious resources we do have, and engage and listen to the communities that the Board of Education is chartered to serve.

With so many respectable candidates for the position this year—from all sides of the political spectrum—it would be foolish to allow simple name recognition to push Dan Kelly into another term.

Does he deserve it?

Peter Lauterborn was a member of the San Francisco Youth Commission from 2003-2005, and served as Government Affairs Officer. Contact him at peterl@sfsu.edu