Guest Editorial: The End of the Eight Hour Day 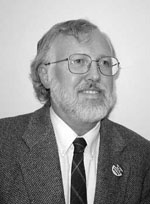 If an increase in the minimum wage is inevitable, how does the Restaurant industry get something out of the deal? In their legislation, they also propose increasing the work-day to 10 hours so they don’t have to pay overtime over 8 hours. In exchange for an increase in the minimum wage, the average worker will have to work longer hours and be paid less overtime. This initiative would benefit AND adversely impact the lives of millions of workers in California, many earning much more than minimum wage and yet there is no media coverage. Say hello to the 10-hour day. (I know that many of us are already working 10 hours or more per day. But, how many hours will we have to work when 10 is what’s expected?)

The California Budget Project estimates that a wage of $12.44 is required for a single worker to survive with just the basics – as an average in the entire state of California. That is a lot more than $6.75. It is also a lot more than $7.75. My question for the Democratic leadership in Sacramento: When you see someone in obvious pain, how loud do they have to scream before you take action on one of your core issues? What is the plan of the Democratic leadership in Sacramento to win a minimum wage increase with a COLA for 2 million low-wage workers in California?

Signatures for the minimum wage initiative must be turned in by mid-April to qualify for the November ballot. Will the Democrats step forward and help to move their own agenda? Or, will they be forced to sign Republican legislation or worse, have to decide whether or not to oppose a California Restaurant Association ballot initiative increasing the minimum wage next year?

What would you decide? There is still time to qualify the ballot initiative. But time is running out. Please contact your State representatives and ask that they make it a priority to support a signature gathering campaign.

One final comment. In a very tight budget year, it has been estimated that if the minimum wage is increased, California taxpayers will save $2 BILLION per year because they will no longer be subsidizing low wage employers. When people don’t make enough to live, the state steps in and provides benefit programs – food, housing, health care. Democrats should be taking action. They are not. It isn’t a priority. When I was young; when I was a Democrat, it was a priority.

Barry Hermanson is running for the District 12 seat of the California State Assembly. He can be reached at barry@barryhermanson.org.