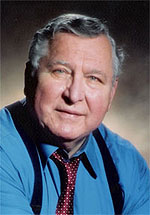 Let’s set the record straight once and for all.

As most political observers know, I am a candidate for the state Senate representing the 8th District. I am running for this office because my candidacy offers the voters a compelling choice – a strong record based on years of hands-on experience. I served the people of San Mateo County – and, for a time, those in San Francisco when the district included part of that jurisdiction as well – for 20 years as their elected representative to the state Assembly.

I tirelessly championed the causes of children, workers and families. I wrote laws improving public instruction for disabled students and the required reporting of child and elder abuse, and strengthening public transportation, to name just a few. But there is much more to be done. Our education system, particularly in San Francisco, is a mess; we are facing a housing crisis of epic proportion and our infrastructure, most notably with respect to transportation, needs significant repair and upgrading.

These problems will not solve themselves. They require strong, experienced leadership.

Yet, because of term limits, this is exactly what is lacking – which is why I decided to run for the state Senate.

Unfortunately, one of my opponents, Mike Nevin, continues to disparage my candidacy, publicly portraying it as something other than the sincere effort that it most definitely represents. This is not the first time Mr. Nevin has chosen to play fast and loose with the facts.

In 2001 Mr. Nevin ran for the 19th Assembly District seat, knowing that the district would probably be redrawn and that he, as a result, might no longer qualify as a resident. He accepted hundreds of thousands of dollars in campaign contributions and key endorsements and told those who inquired about the redistricting that he would move if that’s what it took to stay eligible in the newly drawn district.

The lines were redrawn and, predictably, he dropped out.

Now, Mr. Nevin is a candidate once again, and blaming me for his troubles in 2001.

The facts, however, do not bear out his allegation. Indeed, I was not even a member of the committee that oversaw the redistricting.

“Those who wish to find malice or manipulation in the new Assembly district lines should look at the facts,” Assemblyman John Longville, who chaired the redistricting committee, stated in a Nov. 6, 2001 letter that he wrote in response to Mr. Nevin’s attempt to blame me for his problems. “Their argument is with geography and population growth, not with you.”

Unfortunately, the facts have not stopped Nevin from spreading his lies – about his own candidacy then, or my own today.

So let me be clear: my commitment to the working families of the 8th District is unequivocal, and I offer the voters a choice — strong, effective leadership. Now is not the time for on-the-job training.

That is why I am running.

Lou Papan is a former Assemblyman representing the 19th Assembly District and currently a candidate for the state Senate in the 8th District.