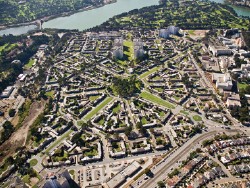 A Rebuttal to Mr. Preston’s Articles

Mr. Dean Preston’s recent articles attacking the Parkmerced project in Beyond Chron do a serious disservice to our City’s public discourse by spreading misinformation about a landmark project that would bring enormous benefits to the City. Worse, Mr. Preston grossly misrepresents the protections current Parkmerced residents would receive under the proposed Development Agreement if the project were approved. Instead of constructively engaging the facts at hand, Mr. Preston spreads fear instead of informed discussion. It is important to set the record straight and address some of his unsupported claims.

What is most disappointing is that the Development Agreement itself, a legally binding contract between the developer and the City of San Francisco, refutes his allegations. This agreement, a public document, is posted on the City’s website for anyone to read, presumably including Mr. Preston. In his view, the City of San Francisco is conspiring with the developer to threaten its own residents with evictions, displacement and loss of rent control protection. Not only is this allegation inflammatory and highly irresponsible, it does not even make sense.

Fact: On the contrary, future development would be carefully managed through a detailed phasing plan spelled out in the Development Agreement. The developer must obtain City approvals before commencing any construction anywhere in the project site. Each development phase must also comply with a specific list of public improvement requirements listed in the phasing plan, which guarantees that the transportation, park and affordable housing obligations are provided in direct proportion to the amount of new construction.

Finally, the Development Agreement expressly forbids Parkmerced from demolishing any units until new units are built, so residents who move can be accommodated first. It states that tenants will be provided with substantial notice of their rights and a minimum of 2 years advance notice prior to relocation. The Development Agreement specifies that tenants will receive a new unit of equivalent size, bedrooms, bathrooms, storage, etc., or full relocation benefits afforded under the current Rent Ordinance. One wonders why Mr. Preston chose to ignore this plainly stated language.

Assertion: “The project is not financially viable”

Fact: The City’s consultant did conclude that the rate of return would be 17.8 percent – below other City benchmarks, but certainly far from a failure. Ironically, the financials should be a reassuring sign for Mr. Preston since they document how the City has negotiated to obtain the greatest public benefit possible from the developer – by the City’s own estimates, the equivalent of $500 million in public benefits. The Parkmerced sponsors have taken a long view of the neighborhood’s potential – hence the ambitious vision for a state-of-the-art neighborhood that will be an attractive draw for decades. One might ask whether any investor would continue committing so significantly to a project that is “not financially viable,” especially in the current economic climate. Does this claim even make sense? It is a red herring and not germane to the discussion.

Fact: While opinions on Parkmerced’s architectural significance vary widely, it has never been established as a historical site. And it is certainly not unique. In fact, Parkmerced is one of several large rental developments built quickly and inexpensively by Metropolitan Life in several U.S. cities right after World War II, using a cookie-cutter design that is quite foreign to San Francisco. To suggest equivalence between inexpensive, pop-up post-war housing and San Francisco’s established architectural heritage abuses the conversation about the value of historic preservation.

Assertion: “Project would demolish over 1,500 units of sound, rent-controlled housing”

Fact: A concerted campaign has been waged to frighten the Parkmerced residents, many elderly, by telling them that if the project is approved, their homes will be “bulldozed” and they will be put into the streets. This is simply reprehensible.

Assertion: “Promises to tenants may not be enforceable”

Fact: The Development Agreement was hammered out with the City Attorney’s active, ongoing guidance and is quite specific that current residents who move into new units will enjoy the same rent-control protections in the future that they enjoy today. Mr. Preston’s article is curiously silent on the identical rent-control protections in the Development Agreement for Trinity Plaza while objecting to those at Parkmerced. The two projects were both negotiated by the City to require the same displacement and rent control protections for existing residents. Does Mr. Preston claim that the residents of Trinity Plaza are also at risk of eviction or loss of rent control?

Recent case law has given the City additional information on how to strengthen the enforceability of the rent control replacement provisions by using certain provisions in Costa Hawkins, the state law governing rent control. The Parkmerced Development Agreement was expressly designed by the City to withstand a Costa Hawkins challenge and protect its interests in preserving these important tenant protections.

Assertion: “The City’s ability to stop a developer from invoking the Ellis Act at Parkmerced is uncertain”

Fact: This is a disingenuous argument, since it suggests that units at Parkmerced would be somehow more vulnerable to the Ellis Act than they are today – when the reverse is true. The Ellis Act applies to all rental units in San Francisco. Some landlords in San Francisco have invoked the Ellis Act to evict tenants and leave units vacant, though never at Parkmerced. On the contrary, the possibility of invoking the Ellis Act would be made more difficult with the approval of the Development Agreement because its explicit terms prevent any future owner from using the vacant units for purposes other than housing. Saying city officials have been “curiously silent about the possibility that the Ellis Act could be invoked at the property” is another red herring. The Ellis Act could be invoked whether this project goes forward or not. In fact, it is less likely to be invoked under the terms of the new agreement.

Assertion: The City is being hoodwinked; the existing Parkmerced development is a better deal environmentally than the proposed one.

Fact: The original Parkmerced development was conceived and built as a celebration of what today are badly outdated environmental values, ones utterly at odds with the enormous challenges our cities face.

• The existing development was built in the 1950s and exemplifies archaic suburban low-density land use values that no longer make sense, especially in San Francisco. The proposed design is truly urban and makes far better use of our City’s scarce land.

• The existing development is predicated on heavy use of Hetch Hetchy water to irrigate enormous expanses of lawns. The current per capita water consumption is almost double that of the average City resident. This is NOT sustainable. The proposed project design includes rigorous water recycling and conservation (“net-zero water”) features.

• The existing development was built with inexpensive materials when fossil fuels for residential use were cheap and plentiful. Building insulation was not a consideration when these buildings were constructed. The proposed new homes would consume 60 percent less energy and include bold innovations (“net-zero energy”) for energy conservation and on-site generation.

• The existing development was conceived and built with convenience for automobiles and drivers as its paramount design feature. The number of non-work-related automobile trips in and out of Parkmerced is more than double that of a typical San Francisco neighborhood. The current street grid serves largely as a parking lot for SFSU. By contrast, the proposed design explicitly addresses SB375 and AB32 by including features to reduce automobile trips, vehicle miles traveled and increasing reliance on walking, bicycles and transit. This project, if adopted, will make a $200 million private investment in Muni M-line and bus improvements in an area notably unfriendly to transit.

There are numerous other issues that Mr. Preston conveniently ignored while attacking the Parkmerced proposal. While it is true that Parkmerced is a vibrant community made up of diverse residents, its buildings have run down despite more than $130 million in improvements over the decades. Not one of the current homes slated for replacement is ADA compliant. There are no coffee shops, no restaurants and no grocery stores at Parkmerced. The inexpensive post-war, low-rise buildings are at the end of their useful lives. We do not understand why Mr. Preston demands protection of this declining, underutilized asset, especially given the enormous private investment this project would make in building a far more successful, livable neighborhood.

Finally, our environmental challenges and simple fairness demand that all our City’s neighborhoods, including those on the west side, accept incremental increases in height and density. It is not fair that some neighborhoods, disproportionately those east of Twin Peaks, continually accept a much higher share of development while other neighborhoods accept much less. Density equity requires that the west side also help contribute in addressing our City’s need for more housing and in bringing housing closer to jobs.

Tim Colen is Executive Director of the San Francisco Housing Action Coalition, a broad coalition of real estate developers and architects whose mission statement is the “creation of well-designed, well-located housing at ALL levels of affordability.”