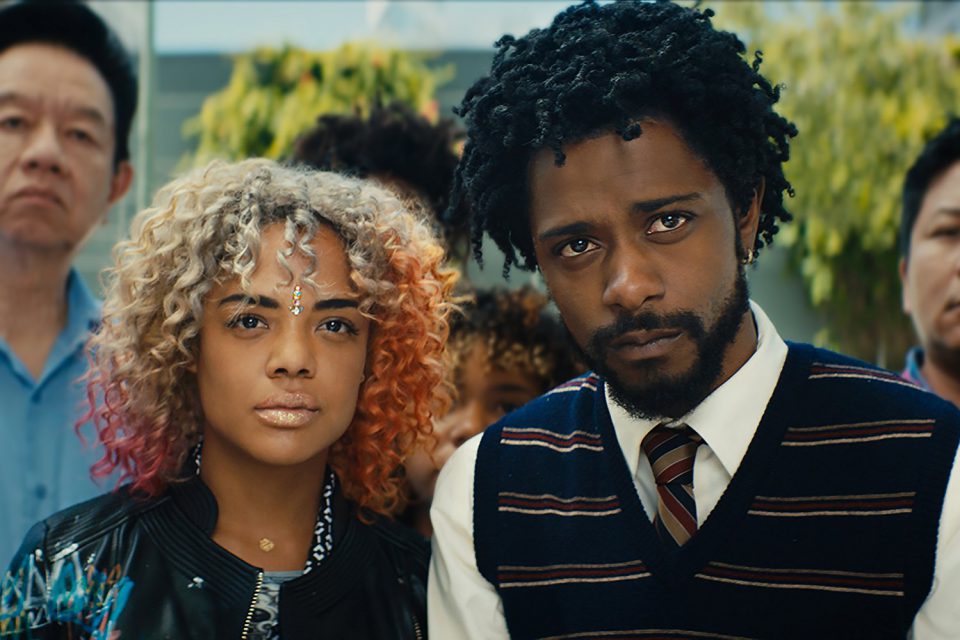 This April means seeing Ruth Bader Ginsburg, the joys of “Mr. Rogers’ Neighborhood,” and a queer tribute to 1970s punk.  That’s because the 2018 edition of the San Francisco International Film Festival will have started up.  Running from April 4 to 17, 183 short and feature films from 45 countries will screen for eager cinephiles.  Venues in San Francisco, Oakland, and Berkeley hosting the festival include the Grand Lake Theatre, the Dolby Cinema, the BAMPFA, and the Roxie Theatre.  Besides the films mentioned above, there will also be new works from these directors: Laurent Cantet, Silas Howard, John Woo, and Desiree Akhavan.  Star-watchers will want to make time to catch personal appearances by Charlize Theron, Wayne Wang, and Neil Gaiman.

Here are some festival offerings that might be worth your time.

Silas Howard opens the festivities with “A Kid Like Jake,” an adaptation of Daniel Pearle’s lauded Off-Broadway play.  Claire Danes and Jim Parsons play parents trying to get their son Jake into an exclusive New York private school.  Jake’s expression of “gender-variant” leanings seems an asset…until bullies and more conservative teachers cause Jake to act out.

Chloe Grace Moretz stars In Desiree Akhavan’s acclaimed Sundance hit “The Miseducation Of Cameron Post,” She plays a sexually ambivalent teen who gets sent to a gay conversion therapy camp.  Abandoned by both her family and her lover, Moretz’ character discovers solidarity with her fellow queer misfit camp prisoners.

Off the grid misfits Will and Tom have been living in an Oregon state park.  When this father and daughter get evicted from the park, they face pressures to live more conventionally.  Debra Granik (“Winter’s Bone”) tells their story in “Leave No Trace,” her long-awaited new drama.

Director Lauren Greenfield (“The Queen Of Versailles”) returns to the world of the truly insanely ultra wealthy with her new documentary “Generation Wealth.” Her subjects’ extravagant lives fail to overcome their very human discontent.

“Lots Of Kids, A Monkey, and A Castle” gets the award for the festival’s best title.  It refers to the three life dreams of the filmmaker’s subject, his mother Julita.  Despite achieving all these dreams, financial hardship is forcing Julita out of her hoarder’s castle.

Can “Carcasse,” from directors Gustav Geir Bollason and Clementine Roy, be called the festival’s weirdest documentary?  A construction helmet turned chicken feeder, or an old car re-purposed as a raft roof are just some of the industrial material transformed for low-tech use.  Is this a portrait of humanity’s future or present?  The filmmakers aren’t telling.

Also strange but far funnier is the festival’s Centerpiece film, Boots Riley’s deranged debut “Sorry To Bother You.”  Lakeith Stanfield plays an Oakland tele-marketer who finds job success when he discovers he has a “white voice.”  Unfortunately, resentful co-workers and a CEO into genetic manipulation start making his life very difficult.

There’s an old gag that boys and girls figuratively live on different planets.   A 1970s teenage male punk rock fan winds up dealing with a situation where this joke is literally true in “How To Talk To Girls At Parties.”   John Cameron Mitchell gloriously adapts Neil Gaiman’s very human alien invasion tale.

Laurent Cantet’s new drama “The Workshop” takes place in a writing workshop on France’s Mediterranean Coast.  Supposedly, the workshop’s six teenage students are doing a communal writing project about their decaying port town.  But the project also slowly reveals the social divisions among these students.

Cultural divisions between Chinese-Americans and the rest of American society was one of the themes of the powerful indie debut “Chan Is Missing.”  Wayne Wang, director of that seminal film, developed a body of work which not only provided onscreen representation for Asian-Americans, but stretched into such areas as erotica and a Paul Auster adaptation.  “Smoke,” the Auster adaptation in question, accompanies an in-person festival tribute to Wang.

Sandi Tan’s personal documentary “Shirkers” also lights up festival screens.  When the director was 18, a film she made in Singapore disappeared along with her supposed mentor Georges Cardona.  Now the film’s reels have reappeared.  The rediscovery provides an occasion for Tan to reflect on everything from old Singapore to her younger creative self.

Another hardscrabble life is depicted in the Cannes Grand Prize Award-winning documentary “Makala.”  Its subject, Kabwita Kasongo, is a Congolese charcoal maker.  The film intimately follows Kasongo’s backbreaking efforts to take a heavily laden bicycle containing his wares to a market fifty kilometers away.

The orphaned Kyrgyz boy in “Suleiman Mountain” is taking a difficult journey, but through the Silk Road’s townships.  However, he’s not traveling alone.  The boy’s accompanied by grafters claiming to be his parents.  Their ultimate destination, the titular mountain, is a holy place where the prophet Solomon is supposedly buried.

Jason Reitman directs “Tully,” the film accompanying the festival’s tribute to star Charlize Theron.  The titular character is the name of a night nanny brought in to help out Theron’s burnt out mother.  Diablo Cody supplies the film’s very funny dialogue.

John Woo provides adrenaline-based fist-pumping with his new action film “Manhunt.”  It may boast the reliable plot of the innocent man staying one step ahead of a very determined cop and a pair of female assassins to clear himself of a murder.  But seeing Woo’s action set-pieces on the Castro Theatre screen definitely beats streaming the film to your smartphone.

Fred Rogers wore many hats including minister and puppeteer.  But his pulpit turned out to be his indelible children’s show “Mister Rogers’ Neighborhood.”  Morgan Neville’s new documentary “Won’t You Be My Neighbor?” tells the heartwarming story of this man who extolled the virtues of kindly treating one’s neighbors.

Space only permits brief mentions of such festival events as the annual State of Cinema address   presented by Guy Maddin, who will probably offer a wonderfully off-kilter perspective.  Meanwhile, the IDFA award-winning documentary “The Other Side Of Everything” tells how the director’s mother dealt with living in a redistributed apartment where her roommates spied on her 24/7.   And Coralie Fargeat’s “Revenge” may disturb even San Francisco Bay Area audiences with its graphically bloody take on the rape-revenge thriller.  Let stepping out of your comfort zone become your guide to enjoying the festival.

(For more information about the films mentioned in this preview and to order advance tickets, go to www.sffilm.org .