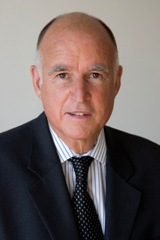 Last week, California Governor Jerry Brown proudly announced his support for two critical pieces of legislation: a raise in the state minimum wage to $10 in 2016, and the issuance of drivers’ licenses to undocumented immigrants. This followed a legislative session in which Brown’s top priority was revising state education funding so as to redirect additional money to low-income schools.

Is this the same Jerry Brown who was supposed to “triangulate” between Democrats and Republicans and who liked the perception of him as the only adult in the room? While key bills still await his signature, Brown has already presided over one of the most progressive legislative sessions in state history. Brown retains his stubbornness on prison and state fiscal issues, but in his strong support for addressing income inequality he has surprised Californians again.

Jerry Brown has been defying expectations since he began his political career, so I suppose nothing should surprise us about his second tenure as Governor. But having come into office in January 2011 acting as if he were barely associated with the Democratic Party, few could foresee that Brown would help enact some of the Democrats’ most critical priorities.

Since starting his second term, Brown has done more to help low-income working people than any California governor since….himself from 1975-1982. But those were the days of the iconoclastic Jerry Brown who was opposed by business groups and construction unions.

The Jerry Brown that left Oakland after serving two terms as mayor was strongly pro-business and pro-development. He opposed inclusionary housing and seemed to adopt a “trickle-down” approach to addressing the problems of low-income workers.

But more than any politician in the country over the last forty years, Brown reflects the tenor of the times. And a today’s times demand action on income inequality, Brown is now taking the lead.

The minimum wage hike and undocumented immigrant drivers’ license bills both directly assist low-income workers. In addition, there is a Domestic Workers bill on the Governor’s desk, AB 241 (sponsored by San Francisco’s Tom Ammiano) that would give caregivers, nannies, and housekeepers, time-and-a-half pay if they work more than nine hours per-day or 45 hours per week.

If Brown signs it—he vetoed a similar bill last year but Ammiano made changes in AB 241 to address the governor’s prior concerns—he can take credit for doing more to help low-wage workers than any governor in the nation. Having addressed the National Labor Relations Act exclusion of farmworkers when he signed the ALRA into law in 1975, it would be only fitting for Brown to fix the federal exclusion of domestic workers from labor protections this year.

As Dotty LeMieux pointed out in our pages on June 26, 2013, Brown’s surprises during his second term have not all been for the good. LeMieux asks how, in resisting federal court orders to reduce the state’s prison population, “the Jesuit educated, zen practicing, feisty, progressive, anti-death penalty, crusading young Governor of 1970’s California…has morphed into a 21st century version of a 1950s Southern governor.”

I don’t know why Brown is so intent on keeping low level drug offenders in state prison, or why he would invest hundreds of millions of taxpayer dollars to transfer them to private jails (it’s too easy to blame campaign contributions, as Brown will have plenty of money for a 2014 re-election race that he knows he will easily win).

But one thing that has not changed about Brown during his career is his stubbornness. And when he feels he’s right—as he does about the federal prison order—he’s hard to move.

In the big picture, the minimum wage hike will raise wages for 2.3 million Californians, and even more will benefit from the immigrant drivers’ license bill, making it easier for working immigrants to get to work. Add his leadership on Prop 30 and on new school funding for the poor and one must conclude that Jerry Brown — helped by the California Labor Federation— is doing more than any other governor in the nation to promote social and economic justice.

Randy Shaw analyzes Jerry Brown’s approach in both his new book, The Activist’s Handbook, Second Edition: Winning Social Change in the 21st Century, and in his previous, Beyond the Fields: Cesar Chavez, the UFW and the Struggle for Justice in the 21st Century