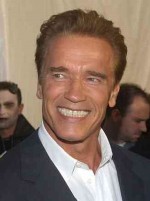 On Monday night, Governor Arnold Schwarzenegger and the legislative leadership released a budget proposal that will devastate millions of Californians. Assembly Speaker Karen Bass and Senate President Darrell Steinberg have allowed $144 million in cuts to the Healthy Families Program, which has already begun denying coverage to needy children. This will translate to 785,000 children losing coverage in the next fiscal year.

Despite earlier promises to hold the line on children’s health coverage, Steinberg and Bass have capitulated to Schwarzenegger and the GOP by shredding the Healthy Families Program. Filling the budget shortfall will force the Healthy Families program to dis-enroll 30,000 children each month, and in November they will begin denying coverage to an additional 55,000 eligible children each month. This program, one of the most successful of California’s social welfare programs, has recently seen record enrollment and serves almost one million children in California whose parents make too much to qualify for Medi-Cal but who cannot afford private insurance.

Darrell Steinberg told the San Jose Mercury News that the Big Five’s budget “protects the most vulnerable” in California. Long-time children’s advocates disagree: “The Governor and the Legislature are breaking promises to children,” says Deena Lahn, Policy Director of the Children’s Defense Fund-CA. “How can our leaders not consider closing all tax loopholes before working parents are told that preventive care for children isn’t possible any longer?”

This decision leaves millions of federal dollars on the table. Since Healthy Families receives 2:1 matching federal funds, the $144 million dollar shortfall leaves $288 million on the table. In addition, the federal government will use 2009 as a baseline to determine federal funding levels in years to come. This guarantees that funding for children’s health care in California will be threatened for years to come. In addition, studies have repeatedly shown that regular medical care is a vital part of children’s health, saving taxpayers immensely by avoiding preventable hospitalizations and emergency room visits. (For example, a doctor’s visit costs an average of $60, while the average hospitalization costs $7,000.) These cuts could not come at a worse time.

These cuts will disproportionately affect some counties and populations in California. For example, Los Angeles County contains 26% of all children in Healthy Families. San Francisco and the ‘Inland Empire’ will also be hard-hit. Finally, at least 52% of Healthy Families children are Latino.

Losses to the Healthy Families program also have less obvious consequences. For example, under the eligibility guidelines for Medi-Cal, roughly 30,000 infants lose coverage on their first birthday because when they age out of their income eligibility window. Years of advocacy has created a highly effective bridge mechanism to enroll these infants into Healthy Families. (Healthy Families covers children who income out of Medi-Cal but are up to 250% of the federal poverty level.) Over the fiscal year, these 30,000 low incomes are slated to lose access to check-ups, vaccinations, and hospital coverage.

Last Friday, the state department that operates Healthy Families, the Managed Risk Medical Insurance Board, began putting children onto waitlists for the first time in the program’s history. Ginny Puddefoot, the deputy health advisor for the board, has said that the board is trying to protect children who are currently covered by Healthy Families. She was quoted in the Press Enterprise last Thursday as saying, “That’s the board’s number one priority, not to disenroll anyone,” she said. However, waitlists save money by kicking children off the program by denying coverage if the family misses one premium payment, fills out a re-enrollment form incorrectly, or a variety of other small infractions.

By gutting childrens’ health care to fill the budget hole this year, the Governor and legislature are robbing California’s children for years to come.

As more and more families lose employer coverage, the Healthy Families Program is a lifeline for children with chronic or acute illnesses such as asthma, cancer, and developmental disorders as well as a vital source of preventive care. Even with a majority in the both houses, Democrats in the legislature have caved to republican’s anti-revenue rhetoric, neglecting their responsibility to California’s children. As Lahn says, “California is being shamed in front of the nation.” Denying children the right to doctor’s visits, immunizations, and life-saving treatments is shameful indeed.

Karin Drucker is an Oberlin College student who is involved with children’s health and juvenile justice advocacy in the Bay Area.