Goodbye to the Loudest Drunk in NPR’s Online Bar 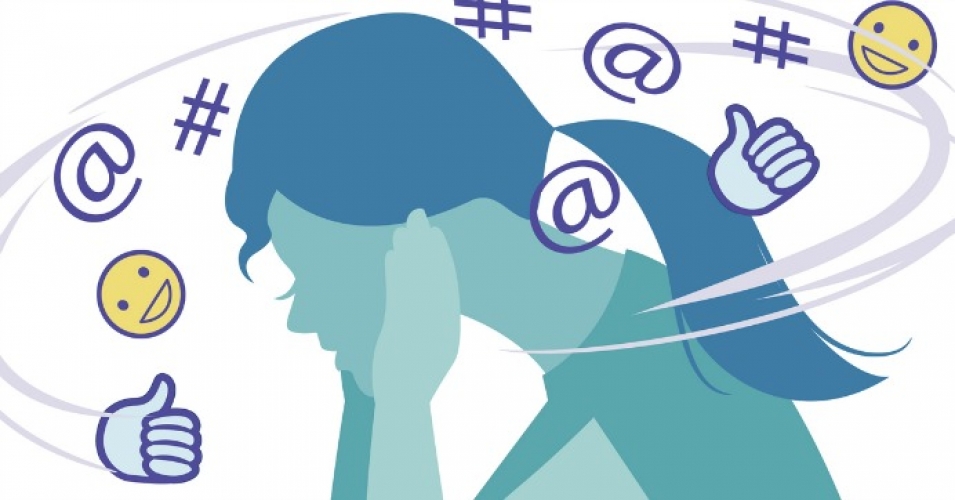 'The trolls who rule the comment seas may actually have won.' (Image: Dan Sipple/Getty Images/Ikon Images)

Once seen as a way to democratize the media, news site commenting sections have become playgrounds for nasty trolls.

Good riddance to NPR’s comment section, which is shutting down Tuesday after eight years. There has to be a better way for news organizations to engage with the public.

NPR is joining a growing list of media organizations that have said “finito” to comments including, ‘This American Life,’ Reuters, Recode, Mic, the Chicago Sun-Times, Popular Science, CNN, The Toronto Star and The Week.

When comments sections were initiated on news sites, they were hailed as a means to democratize the media, allowing a two-way conversation between readers and the journalists who serve them.

But readers are often talking to each other because most journalists don’t engage. And there’s a reason. The Washington Post’s Chris Cillizza enthusiastically embraced his audience when he started his political blog, The Fix, in 2006.

“I would regularly go into the comments to interact (or try to interact) with readers. I incentivized and deputized regular commenters to keep order,” he wrote in a column that extolled NPR’s decision. “Then I gave up. Because none of the tactics or strategies we tried ever had any real impact on the quality of the dialogue happening on The Fix. No matter what the original post was about, a handful of the loudest — or most committed — voices in the room hijacked the comments thread to push their own agendas.”

As NPR’s ombudsman from 2007 to 2011, I know firsthand how futile and frustrating comments sections are. Even though NPR had a sign-up system, and hired an outside moderator to check comments before posting, a listener could still create an alias and write whatever he (and it was usually men) liked.  The comments were often mean-spirited and did little to foster civil conversation.

‘The goal is dialogue,” I wrote in a 2011 essay on comment sections for the Nieman Reports, “but it’s pretty clear that the debate between dialogue and diatribe is still being waged. From the view I’ve had for the last three years as NPR’s ombudsman I’d say diatribe is winning—hands down.”  It’s still true today.

The trolls who rule the comment seas may actually have won because they often scare away people with their vicious attacks. An infinitesimal number of NPR’s 25 to 35 million unique monthly users bothered to join story-page conversations.

“Far less than one percent of that audience is commenting, and the number of regular comment participants is even smaller,” wrote Scott Montgomery, NPR’s managing editor for digital news announcing the shutdown. “Only 2,600 people have posted at least one comment in each of the last three months –– 0.003 percent of the 79.8 million NPR.org users who visited the site during that period.”

NPR’s current ombudsman, Elizabeth Jensen, noted that caretaking NPR’s commenting system becomes more expensive as the number of comments increases –sometimes costing twice what was budgeted.  So basically, NPR decided it’s not worth the money to engage only a sliver of its audience.

Cost is certainly a critical factor for any media company but the more valid question remains: What is the value of commenting unless it’s tightly moderated and journalists engage?

There are some sites that handle comments well, noted Alex Howard, a senior analyst at the Sunlight Foundation. “Building a healthy online community is hard, but outlets like TechDirt and forums like MetaFilter show that it’s not only possible but sustainable,” said Howard. “At their best, good comments are improvements upon the journalism they’re focused upon, but they require convening a community and investing in editorial moderation and tools.”

Howard, among others, is not happy with NPR’s decision.

“As a life-long consumer of NPR news and programs, I’m saddened that one of the world’s great public media organizations is backing away from investing in creating and maintaining a healthy forum for the public to discuss the news on a platform owned by the public, not private technology companies,” he said.

NPR’s Montgomery points out that the network hosts 30 Facebook pages and more than 50 Twitter accounts as well as having a “vibrant presence on Snapchat, Instagram and Tumblr.” He said NPR is exploring other promising engagement tools.

Monica Guzman, a 2016 Nieman Fellow, who has written a guide for community engagement, believes news organizations that rely on social media platforms to talk to their audience are making a mistake.

“That’s problematic because you can’t control it, even though it’s nothing but beneficial in terms of growing an audience,” she told the Coral Project, an effort to respond to the problem, of which more below. “The more we [hand over to] other platforms, the less control we have period.”

While NPR may post 20 stories a day on Facebook and gets robust comments, the discussion stays on Facebook’s servers and NPR can’t mine it in any meaningful way. “The vast majority of newsrooms use third party tools that have their own data storage,” said Andrew Losowsky, who heads the Coral Project. “Connecting to your own database is very difficult.”

The New York Times handles comments by strategically opening up only 10 percent of its stories for comments and then heavily moderates the debate.

With all of journalism’s innovations, there has to be a better way for news sites to bring the audience closer to the journalists – and there might be if the Coral Project is successful.

In November 2013, New York Times and Washington Post staffers met to discuss finding better ways to engage their communities.  They teamed up with the Mozilla Foundation and began a unique collaboration in 2014 with the help of a $3.89 million grant from the John S. and James L. Knight Foundation.  Last year, Coral Project team members began interviewing 300 people in 150 newsrooms in 30 countries.

The project is now working on creating free open-source tools and developing practices for any size media outlet to forge better, more productive communities around their journalism.

“The online space is a place for engaging,” said Losowsky.  “But if there is no engagement between the biggest fans and journalists themselves, then we are getting a distancing of the newsroom away from the readers. I feel like that’s the wrong thing.” Right now, news outlets focus on getting rid of trolls rather than search for premium gold comments.

“We have the ability to find the worst people on our sites,” said Losowsky. “But there’s almost nothing that really helps find the best people.  So what you have is the best commenters feeling like they are not getting attention from the newsroom. And they are not. You need to celebrate the best comments and find and encourage those people to do more.”

The project is developing four tools –one known as “Ask” should be out at the end of the month.  “It’s like Google forms combined with Storify,” said Losowsky.  “With Ask, you can quickly and easily build a form to ask specific questions of your audience. You can embed it on your website, connect contributions with those in your comments or on previous forms, and create a gallery of the best answers to display in a future story.”

Another tool, Trust, is being tested at the Washington Post. It’s designed to filter and find high quality commenters that an organization can trust. If there’s an expert who is a regular commenter, the news outlet would know about that person and could highlight their contribution.

“You can see how users are acting across your site, and then write simple formulas to find good and bad contributors across a range of different contexts,” according to the beta Coral Project website.

After over a decade of stagnation in comment sections, the Coral Project or, Hearken, which allows journalists to partner with the public, may be what’s needed to shift the debate from negative to positive, listen more to the audience and enhance the conversation for those who want to be involved.

This piece previously appeared in CommonDreams.org