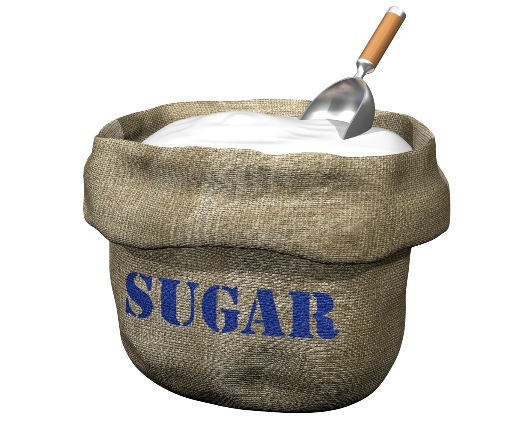 There is good news and bad news about SFUSD’s school meals. The good news is that the school district has finally released more complete nutritional information about the food served in their cafeterias.

This was perhaps in response to my September 7th article (“Why the secrecy around SFUSD school meals?”) pointing out that the nutritional information posted at that time on the SFUSD website did not include sugar. The article also included my own research showing that some of the breakfasts, from supposedly healthy meal vendor Revolution Foods, were actually quite high in added sugar.

The bad news is that not only was I right about some of the breakfast entrees being high in added sugar, but it turns out some of the lunch choices are, too.

Added sugars are caloric sweeteners added to processed food like cereals, baked goods, sauces, and many beverages (as opposed to the sugars that occur naturally in milk or fruit). The American Heart Association (AHA) recommends that children up to age 18 consume no more than 6 teaspoons (24 grams) of added sugar per day.

Since added sweeteners can hide in so many foods kids love (like ketchup or spaghetti sauce), it’s already a challenge for parents to keep track of how much their child is consuming in a day. Schools shouldn’t make it harder, and neither should Revolution Foods, who promised families “freshly prepared meals served with real ingredients and none of the bad stuff.”

SFUSD has just this year started offering breakfast and lunch for free to all 37,000 students, regardless of income level, at 54 schools. The “free breakfast for all” program means that some students may be eating a second breakfast at school, without their parent or guardian’s knowledge, after already eating a meal at home. Some schools doing a “Breakfast in the Classroom” program have the full meal already sitting out on each desk as students enter the classroom in the morning.

That’s what makes it a little alarming to see, for example, that the Revolution Foods’ Yogurt & Skeeter Honey Grahams breakfast being served today (September 19) comes packed with 20 grams of sugar, most of it added.

If your child eats that breakfast, better hope he or she doesn’t also choose the pancake and omelet option for lunch, because that entree delivers an additional 16 grams of sugar. A small amount – perhaps a couple of grams – comes from the lactose that occurs naturally in the milk used in most pancake batter recipes. The rest has likely either been added to the pancake batter, or comes in the form of a syrup packet (although that is not listed on either the menu or the posted nutrition information). This carbohydrate report from Revolution Foods indicates that a packet of syrup is intended to be served with all pancake entrees.

Either way, a child as young as 5 who eats these two Revolution Foods meals today will be taking in close to 30 grams of added sugar (25% more than the AHA-recommended maximum), and that doesn’t include dinner, or an afterschool snack, or anything the child may have eaten before leaving home in the morning.

To be fair, not every Revolution Foods entree is full of sugar, naturally occurring or added, but some are. The pancakes and sausage served for elementary school lunch on September 27th have over 15 grams of sugar; the vegetarian option offered that day – cheese lasagne – has over 10 grams. Other popular Rev Foods entrees like Hawaiian meatballs and orange chicken rice bowl have over 9 grams, while pasta Alfredo delivers almost 16 grams.

I’m glad SFUSD and Revolution Foods are, at last, providing this information, although neither one responded to my multiple requests for an explanation as to why the sugar content of SFUSD’s school meals was not made public until I wrote about it. The fact that some of those sugar numbers are so high probably explains why they tried to hide them.

A heads up for tomorrow (September 20th): SFUSD breakfast will feature a lemon muffin containing 13 grams of sugar, virtually all of it added. That’s over 50% of the American Heart Association’s maximum amount of added sugar for kids, just from that muffin.

Is that really the best way to prepare SFUSD’s mostly low income population for their day of learning?