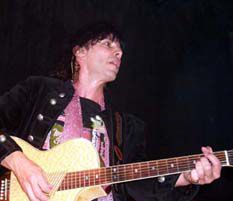 The Director of Public Works has rejected efforts to further delay the novel Music City project slated for Bush and Polk Streets in San Francisco. The DPW ruling paves the way for the construction of a virtual music mecca that will include housing for musicians, sound stages, music classes, and a new venue for live music.

The brainchild of rock singer and Unauthorized Rollings Stone leader Rudy Colombini, Music City is expected to reduce crime and prostitution in the area by providing a positive nighttime activity. Construction remains dependent on the internal workings of the Planning Department, but the facility could be open by next year.

Although San Francisco has suffered an exodus of musicians due to the conversion of studio space to more expensive uses, Music City was not greeted with open arms by some members of the surrounding community. These members were concerned about noise from potentially inadequate soundproofing, and this opposition nearly doomed the project in December 2004.

But the Planning Commission agreed to give Colombini some time to prove the adequacy of his sound proofing, and ultimately voted unanimously in favor of the project. Some opponents tried to get the signature of 20% of adjacent property owners to get the Board of Supervisors to hear an appeal of the Commission’s ruling, but DPW ruled that the 20% requirement was not met.

North of Market has long been home to musicians, and the Tenderloin once housed some of San Francisco’s most prominent jazz clubs. Music City can now continue this long tradition.