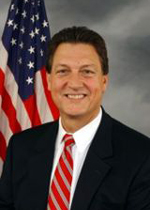 As first reported in The Hill, a Washington DC newspaper, Georgia Congressman Lynn Westmoreland used the racially-tinged word “uppity” yesterday to describe Barack and Michelle Obama. While discussing Sarah Palin’s speech at the Republican National Convention, Westmoreland was asked by reporters to compare her with Michelle Obama. “Just from what little I’ve seen of her and Senator Obama,” he said, “they’re a member of an elitist-class individual that thinks that they’re uppity.” When asked to clarify that he used the word “uppity,” Westmoreland said, “Uppity, yeah.” The word “uppity” has long been used by whites as a derisive term for successful African-Americans. “It’s code for, ‘he ought to stay in his place,’” said former White House consultant David Gergen, as quoted in The Hill. “Everybody gets that who is from a Southern background.”